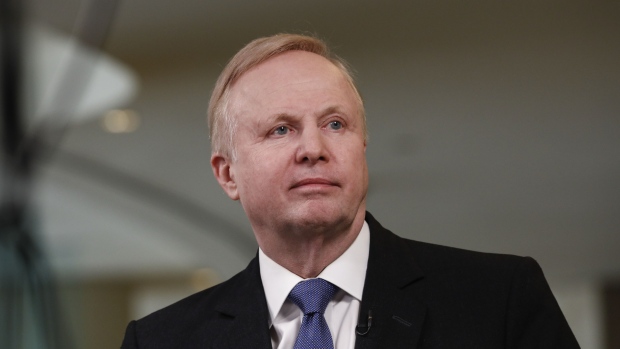 BP Plc said Chief Executive Officer Bob Dudley will retire early next year, a much-anticipated step after more than nine years at the helm of the oil and gas giant.

He’s succeeded by Bernard Looney, the head of upstream who has led BP into new countries and championed the latest technology.

Dudley’s most notable achievement was rescuing the company in the wake of the Deepwater Horizon catastrophe in the Gulf of Mexico that caused the biggest oil spill in U.S. history and killed 11 people. His tenure has been focused on restoring the company to the position it held before the 2010 accident as billions of dollars of penalties and compensation piled up.

The 64-year-old will step down as CEO following the publication of BP’s full-year results on Feb. 4 and will retire on March 31, the London-based company said Friday.

Speculation about Dudley’s resignation has been swirling for a while. Sky News reported last month that he was preparing to leave within a year and had held detailed discussions with Chairman Helge Lund about his retirement plans.

While the speed of the announcement is a surprise -- Dudley said this week that the board hadn’t decided on the timing of his retirement -- Looney’s ascent to the top of the company follows a well-trodden path. Dudley’s two immediate predecessors also ran the upstream division before becoming CEO.

Deputy CEO Lamar McKay has agreed to take a new role as chief transition officer, supporting the chairman and incoming CEO, BP said in a statement.

BP shares in London have increased about 11 per cent in the decade Dudley has been at the helm. They’ve largely recovered from the oil-price collapse that began in 2014, which hit the company just as it was starting to emerge from the impact of the oil spill, adding to Dudley’s challenges as he was forced to cut spending and defer projects.

Looney, 49, has run BP’s upstream business since April 2016 and is responsible for all oil and gas exploration, development and production. He has steered the company into new countries including Mauritania and Senegal, and spearheaded the acquisition of U.S. assets from BHP Group Ltd. last year. The Irish executive has touted the benefits of technology in making BP’s operations safer and more efficient.

The news “should not come as a surprise to the market given Mr. Looney’s role in modernizing the upstream for BP and driving the digital agenda,” analysts at Barclays Plc said in a note. “It is likely that the appointment of Mr. Looney as CEO may accelerate the journey that BP is on regarding the energy transition.”

BP, like all oil majors, is facing severe criticism over its contribution to climate change. While the fossil-fuels business continues to drive profits -- and underpin generous dividends -- climate concerns are increasingly affecting investment decisions. Dudley himself has pushed through plans to sell some oil projects and scale back others to align BP’s operations with the Paris accord.

It’s a far cry from his days at U.S. oil giant Amoco Corp., where he started out and later ran its Russian operations before its 1998 acquisition by BP.

That experience helped prepare him for a subsequent stint at TNK-BP, the Russian venture forged between BP and a group of billionaires which he led for five tumultuous years in the 2000s. During a bitter battle for control, Dudley survived raids by Vladimir Putin’s secret service, overcame bureaucratic hurdles that barred employees from working and outlasted a no-confidence vote, all before being forced to leave the country in 2008.

Already a 30-year veteran of BP by the end of that decade, he was drafted into the top job after a series of missteps by then-CEO Tony Hayward, who faced public anger in the U.S. and criticism from lawmakers over his handling of the Deepwater Horizon disaster.

BP’s resilience following the catastrophe was due in large part to Dudley’s deft dealmaking. The American citizen -- BP’s first non-British CEO -- negotiated massive energy deals in India and Russia in the year after the spill, while using BP’s enormous earning power to help make peace with Washington. Even before taking over from Hayward, he helped set up a multibillion-dollar trust fund to compensate individuals and businesses hurt by the accident.

“He was instrumental in steadying the ship and rebuilding a top quartile portfolio,” analysts at Sanford C. Bernstein said in a note.

At the time of the spill, Looney was running BP’s North Sea operations. He flew out to Houston to work on efforts to halt the leak, a time he’s since described as the most challenging of his career. He was subsequently appointed executive vice president of developments and then chief operating officer of production.

“Bernard’s appointment is the right one,” the Bernstein analysts said. “We see no radical change in strategy but an incoming CEO who understands his organization, diversity, shareholders, free cash flow and how to make BP investible amid the growing energy-transition concerns.”