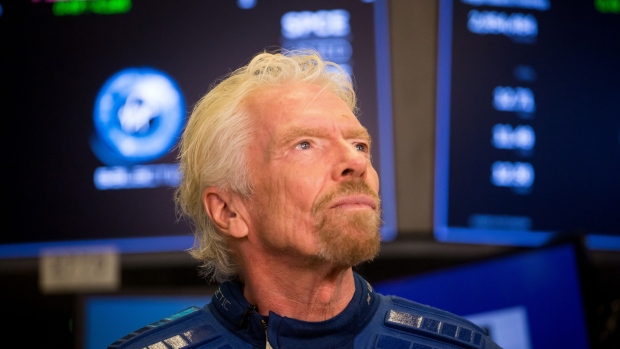 Billionaire Richard Branson’s Virgin Orbit said a crucial test of its two-stage, orbital rocket system, designed to rival that of Elon Musk’s SpaceX for satellite launches, ended the mission shortly after releasing the rocket from the plane.

A Boeing Co. 747, named Cosmic Girl, took off from the Mojave Air and Space Port in California on Monday at 11:56 a.m. Pacific Time, carrying beneath it Virgin Orbit’s LauncherOne rocket over the Pacific Ocean. About an hour later, the plane released the rocket in what Virgin Orbit called a “clean” release. Three minutes later, the company said the mission had ended shortly into the flight.

There have been more than 20 previous tests, including one earlier this year carrying the rocket, but this was meant to be the first time LauncherOne had been ignited. Earlier this week, Virgin Orbit described Monday’s test as “the apex of a five-year-long development program.”

“We’ve confirmed a clean release from the aircraft. However, the mission terminated shortly into the flight,” the company tweeted Monday. “Cosmic Girl and our flight crew are safe and returning to base.”

Prior to Monday’s attempt, Virgin Orbit said maiden flights by government and commercial providers typically fail about half the time. The company’s ultimate goal is to use its rockets to launch small satellites into space, competing with ground-based launches, such as those from Space Exploration Technologies Corp.

SpaceX has a significant head start. Over the past decade it’s launched about 100 rockets, landed many of them safely back on Earth, and come to dominate the industry, while being valued at close to $40 billion. In a few days, SpaceX is set to carry two NASA astronauts to the International Space Station -- the first time NASA personnel have blasted off from the U.S. since the 2011 retirement of the Space Shuttle.

Meanwhile, the Virgin Orbit test this weekend comes at a critical time for Branson, as the coronavirus pandemic weighs heavily on his leisure and travel assets.

The Virgin Australia airline fell into administration last month, and Virgin Atlantic pitched to about a dozen potential investors last week as the U.K. government drags its heels over an emergency bailout.

Branson’s Vieco 10 investment company also recently offloaded about 2 per cent of its stake in a separate space company, Virgin Galactic Holdings Inc., as the billionaire looks to support his broader business empire. Virgin Galactic is trying to pioneer space tourism.