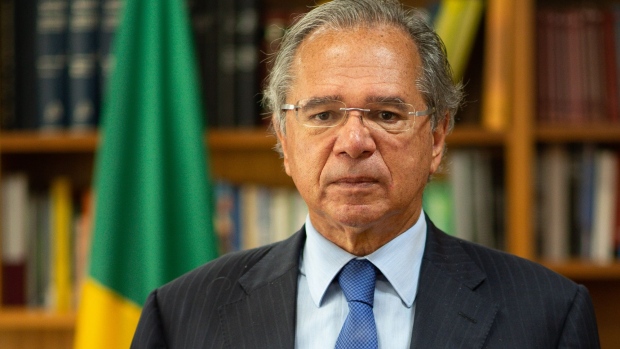 (Bloomberg) -- Brazil’s income tax reform could be adjusted to include the legalization of gambling, yielding as much as 50 billion reais ($9.5 billion) a year for public coffers, according to the bill’s rapporteur in the senate.

The idea is controversial as it would probably displease President Jair Bolsonaro’s evangelical base in the run-up to 2022 elections, but Senator Angelo Coronel says it is an effective way to raise funds to help the government to make up for bolder cuts in corporate taxes.

“If there’s loss of revenue with the reform, we have to find alternatives,” Coronel, who’s also the rapporteur of a separate bill seeking to legalize gambling, told Bloomberg News in an interview on Wednesday. “One of them could be gambling taxes.”

The income tax reform sponsored by Economy Minister Paulo Guedes needs to be approved by year-end in order to fund a new social program Bolsonaro intends to launch next year. It has faced push-back from financial and industrial sectors that oppose a proposed 15% tax on dividends. The bill was approved by the lower house by a large margin of votes, but support in the senate is smaller.

Senators will only back a tax on dividends if it does not amount to double taxation for companies, Coronel said. “If we carry out a tax reform in which we’re not going to reduce taxes, it isn’t a reform,” he said.

The senate will hold at least four public hearings with business groups to debate the proposal. On Sept. 27, the rapporteur will meet Guedes to discuss the bill.

Coronel expects the senate to vote on the bill by November. If there are changes, it will need to go to a second vote in the lower house.