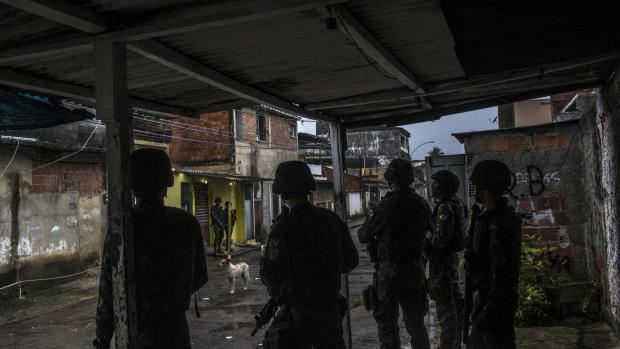 (Bloomberg) -- Homicides in Brazil dropped by 19% in 2019 to the lowest in over a decade, capping a second straight year of improvement and bolstering President Jair Bolsonaro’s tough stance on crime.

The country recorded 41,635 homicides last year, down from 51,558 in 2018, according to a report published on G1 which said factors such as better coordination between police forces and truces between organized crime organizations were behind the drop. It was the lowest number of murders recorded since the data series started in 2007.

The news was celebrated by Bolsonaro, a former Army Captain who took power over a year ago in part due to his no-nonsense rhetoric on crime and corruption. His rise to the nation’s top job coincided with the election of several state governors who also put public security front and center as a top priority.

On Twitter, Bolsonaro thanked the nation’s security forces and said that Brazil is on the right path. Meanwhile, Justice Minister Sergio Moro said he will keep working with states and municipalities to further improve the numbers. The Justice Ministry also attributed the fall in homicide levels to greater drug seizures and efforts to transfer crime bosses to maximum security prisons.