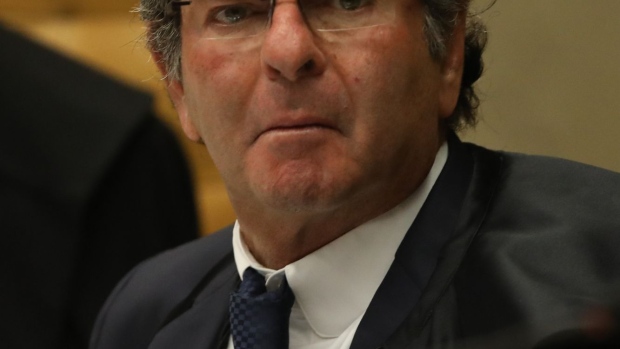 Luiz Fux, justice of the Brazil Supreme Federal Court, listens during a session in Brasilia, Brazil, on Wednesday, April 4, 2018. Brazil's Supreme Court is to rule on former President Luiz Inacio Lula da Silva's plea to remain at liberty despite a lengthy prison sentence, a decision likely to shape the outcome of October's elections and mark the culmination of an epic corruption scandal. , Bloomberg

(Bloomberg) -- President Jair Bolsonaro’s relentless attack on Brazil’s voting system soured his relationship with the Supreme Court, leaving the country on the brink of an institutional crisis.

Top Justice Luiz Fux on Thursday canceled plans for a meeting with Bolsonaro and the heads of congress that was intended to defuse rising tensions between them. The move came a day after the court allowed an investigation of the far-right president over his unsubstantiated claims of election fraud.

“The president has repeatedly offended and attacked members of this court,” Fux said, adding that Bolsonaro continues to sow doubts about the integrity of the country’s electoral system. “Facing these circumstances, the Supreme Court informs that it has canceled the previously announced meeting between the heads of government.”

Fux’s announcement represents the harshest response yet by the justices to Bolsonaro’s claims that next year’s elections may be stolen from him unless congress approves a bill introducing paper printouts of every vote cast in the country.

That proposal was rejected by a special lower house committee late on Thursday by 23-11 votes. It may still go to a floor vote, according to Speaker Arthur Lira, but will likely face stiff opposition from lawmakers.

Bolsonaro’s attacks brought together justices who normally don’t see eye to eye, including the court’s dean Gilmar Mendes and Luis Roberto Barroso, who also presides the electoral authority, according to two people close to the judges. They met on Friday and again on Monday and agreed they needed to act to protect the country’s democracy, the people added, asking for anonymity because the discussion isn’t public.

Bolsonaro said during a social media broadcast he wasn’t informed by Fux that the meeting had been called off and centered his attacks on the president of the electoral court. “Do I need to agree with Barroso because he’s a god of Olympus? Nobody can go against his decisions?”

Brazil has relied on an electronic voting system for decades, which Bolsonaro claims is rigged. The president has never produced proof of his allegations.