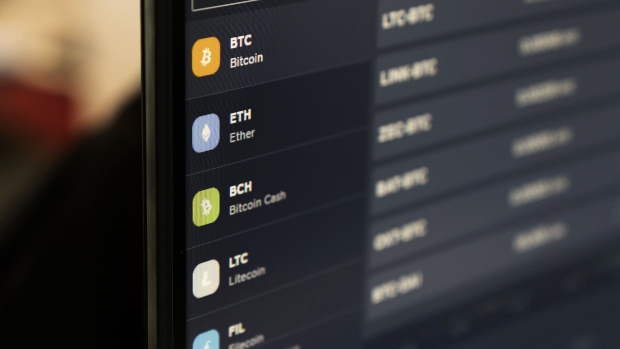 (Bloomberg) -- Brazil’s senate took a first step toward regulating the domestic cryptocurrency market as a bill that creates ground rules for digital currency funds and their day-to-day use passed a key legislative stage.

The senate’s economic affairs committee unanimously approved the text on Tuesday. The bill now goes to a vote on the senate floor, followed by the lower house if approved, before President Jair Bolsonaro can consider signing it into law.

The text starts from ground-zero by defining virtual assets and classifying their service providers. Under the proposal, the federal government decides which body will be responsible for regulating business with cryptocurrencies. The draft’s rapporteur, Senator Iraja Abreu, said by phone Monday that he expects this responsibility will fall to the central bank, which actively participated in the construction of the bill.

If the bill is approved, Brazil will become the biggest Latin American country to regulate cryptocurrencies, reducing the potential for money laundering as well as risks for investors. Some smaller nations in the region are more advanced, with Cuba issuing rules that recognize and organize their use and El Salvador making Bitcoin legal tender alongside the U.S. dollar.

According to the bill, virtual asset service providers must prevent money laundering and concealment of assets, while combating criminal organizations, the financing of terrorism and the proliferation of weapons of mass destruction. The text provides for imprisonment and fines for violations.

At the end of 2021, Brazil’s lower house passed a different bill with rules for trading virtual currencies in Brazil. That text moved to the senate, which chose to vote on Abreu’s proposal. Once brought to the senate floor, though, one bill can be attached to the other.

The bill’s rapporteur said that the regulation approved today, which is more focused on investments than on popular use, creates a favorable environment for the more regular use of cryptocurrencies.

“With regulation, cryptocurrency will become even more popular,” Abreu said. “Once this regulation is approved, the trend is that it will be increasingly adopted in the supermarket, in commerce, in a car dealership.”

The proposed bill comes as Brazil’s central bank works on a digital version of the Brazilian real. That project is aimed at promoting investments rather than commercial use and is expected to be tested as a pilot in the second half of the year.