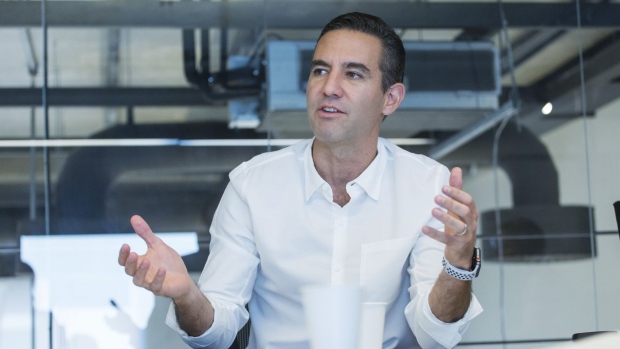 David Velez, founder and chief executive officer of Nubank, speaks during an interview in Sao Paulo, Brazil, on Thursday, Feb. 7, 2019. Chinese Tencent has invested $180 million in Nubank, a Sao Paulo-based fintech startup with five million customers and one of the top five credit cards in Brazil. , Bloomberg

Nubank, as the firm is known, submitted a confidential draft registration statement with the U.S. Securities and Exchange Commission and Brazil’s securities regulator, the company said Wednesday in a statement. The number of shares to be sold and the price range for the proposed offering haven’t been set yet.

The company is seeking to list its Class A ordinary shares in the U.S. and also have Brazilian depositary receipts, or BDRs, trading on the Sao Paulo stock exchange.

Banks handling the share sale include Morgan Stanley, Goldman Sachs Group Inc., Citigroup Inc. and UBS Group AG, people familiar with the matter said earlier this year. The firm may seek a valuation of more than $40 billion, they said.

The world’s biggest standalone digital bank, Nubank was valued at $30 billion after a fundraising earlier this year that saw Berkshire purchase a $500 million stake, a person familiar with the matter said at the time.