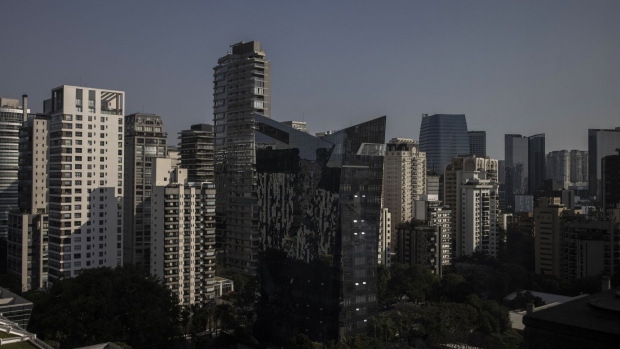 (Bloomberg) -- Brazilians’ views on the economy are improving amid stronger-than-expected activity and easing inflationary pressures.

The number of voters who believe the economy is doing better now is as high as before the onset of the Covid-19 pandemic, local newspaper Folha de Sao Paulo reported on Sunday, based on the latest Datafolha poll. In the survey, 28% of respondents say the economic outlook has improved, up from 25% in August and 15% in June. Still, 50% believe activity has worsened in the last few months.

Latin America’s largest economy is witnessing the first signs of easing inflationary pressures. Consumer prices fell back to single digits in August, after tax cuts on gasoline prices kicked in and commodity prices declined. Activity is proving resilient to an aggressive monetary tightening campaign, as unemployment fell for five consecutive months amid stronger-than-forecast growth in the second quarter.

President Jair Bolsonaro’s voters have a more positive view on the economy, with 64% saying there’s an improvement in recent months. Only 7% think alike among those who favor former president Luiz Inacio Lula da Silva, still the favorite ahead of presidential elections.

The economy remains one of the top concerns for Brazilians as they head to the polls on Oct. 2. Trying to improve his chances of reelection, the incumbent pushed a multibillion social package that included boosted paychecks to the poor. Still, 55% of those who received the aid believe the economic outlook is worse now, with 46% saying their personal situation also worsened in recent months.

Both Bolsonaro and Lula are focusing on populous regions of the country in the week before the election day. Bolsonaro is continuing to reach out to female voters, while Lula is facing a tough fight with his opponent among evangelical groups.