Brent closed down 0.5 per cent while U.S. West Texas Intermediate crude added almost 1 per cent. Days after abruptly aborting a strike on Iran, President Donald Trump in a tweet asked “why are we protecting" the Strait of Hormuz, the critical Persian Gulf waterway. Yet he also imposed new sanctions on Iran’s supreme leader, Ayatollah Ali Khamenei, and eight military commanders. 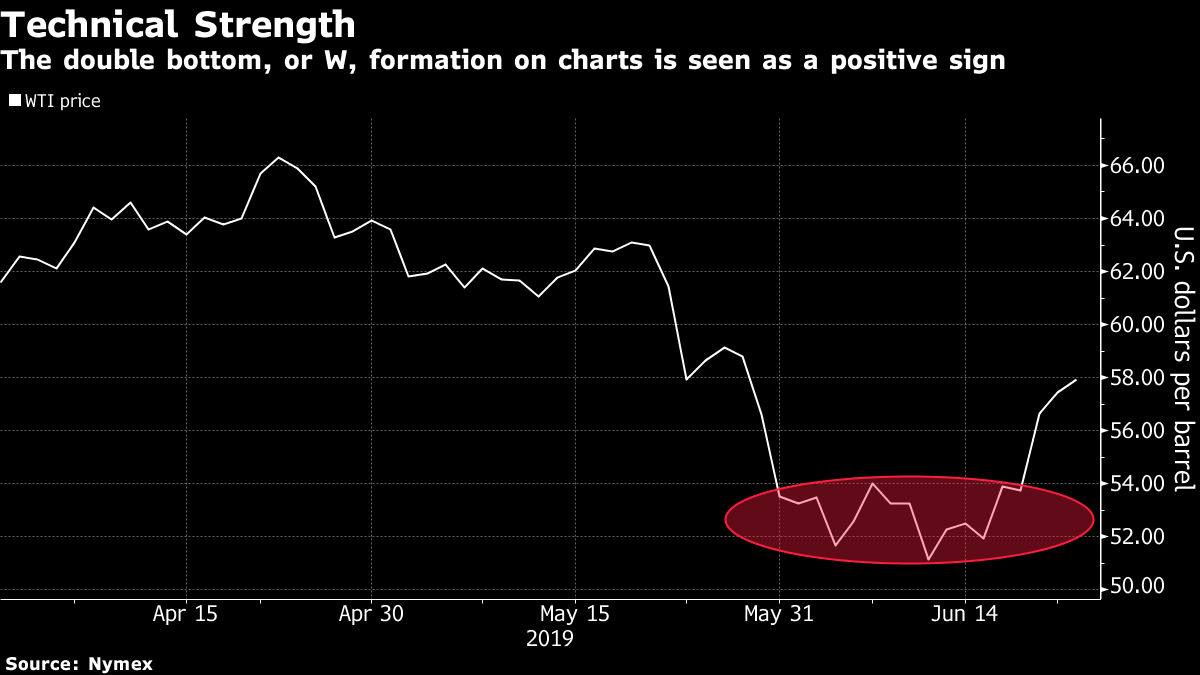 “Between higher exports and hopes for inventory contractions in the U.S., being long on WTI might make some sense," he said.

West Texas Intermediate for August delivery rose 47 cents, or 0.8 per cent, to US$57.90 a barrel at the close of official trading on the New York Mercantile Exchange. Brent for August settlement slipped 34 cents to US$64.86 on London’s ICE Futures Europe Exchange.

Russia added another wild card for oil traders on Monday, with Energy Minister Alexander Novak declining to say whether his nation supported an extension of production cuts with OPEC that many investors see as crucial to stabilizing crude markets. A decision will have to wait until after this week’s G-20 summit of major world economies, he told reporters in St. Petersburg.

WTI completed its best weekly gain in more than two years on Friday, adding 9.4 per cent, after Iran shot down an American spy drone, and Monday’s decline may have included investors selling out of the market to lock in profits, said Marshall Steeves, an energy markets analyst at Informa Economics in New York.

Traders are also awaiting two key events over the next week. Trump is set to meet with Chinese President Xi Jinping at the G-20 summit in Japan, raising hopes they can restart stalled trade talks. Days later, OPEC, Russia and other top suppliers will gather in Vienna.

“It’s unclear what the next step is in the Persian Gulf," Steeves said. “We don’t know if there is going to be another attack, what the duration of the hostilities will be. There are a lot of unknowns."

Crude supply is a 'coin toss', depends on what tariff card Trump will use: Roger McKnight

Roger McKnight, chief petroleum analyst at En-Pro International, joins BNN for what may be driving gas prices higher including the fire at the Philadelphia Energy Solutions' refinery and ongoing Iran-U.S. tensions.