Oil rose for the firs time this week as traders weighed the continuing spread of the delta variant against strong equity markets.

Futures in New York gained 1.4 per cent on Thursday. The S&P 500 and Nasdaq 100 rose toward record highs, while the dollar slipped, making commodities that are priced in the currency more attractive. Still, China’s government has imposed fresh curbs and traders are weighing the risk implications of the deadly strain of the coronavirus in other regions.

“We are seeing buyers return to the market because of bullish macro market sentiments like the rise in equities,” said Spencer Vosko, director for crude oil at Black Diamond Commodities LLC in Houston. 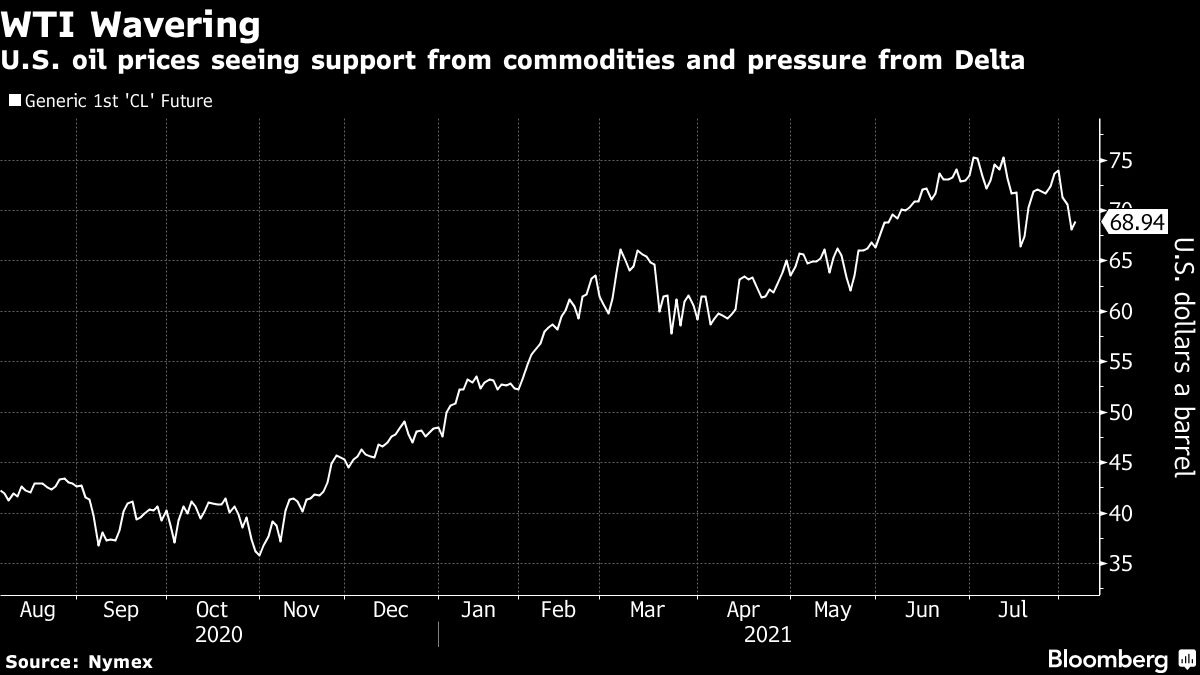 Delta’s spread is challenging the global recovery, which had driven prices of commodities to multiyear highs late last month. The impact of the latest Chinese outbreaks can already be seen, with traffic thinning on some of the country’s typically busy city roads and raising concerns about near-term fuel demand.

Gasoline futures rose 2 per cent with demand for the fuel in the U.S. remaining strong. The so-called gasoline crack, a rough gauge of the margin for refining crude into the motor fuel is trading at at a high not seen since last April, after Wednesday’s 5.29 million barrel decline in U.S. stockpiles.

New travel and movement restrictions in China include the capital, Beijing. Meanwhile Hong Kong has reimposed quarantine on travelers from the mainland, though an exception remains in place for the southern Guangdong province, a neighbor to the financial hub.

“Psychological expectations were for higher demand than we’ve seen in the summer in the U.S.” said Rob Haworth, senior investment strategist at U.S. Bank Wealth Management. “Although we’ve seen U.S. inventories normalize they are not by any means short.” 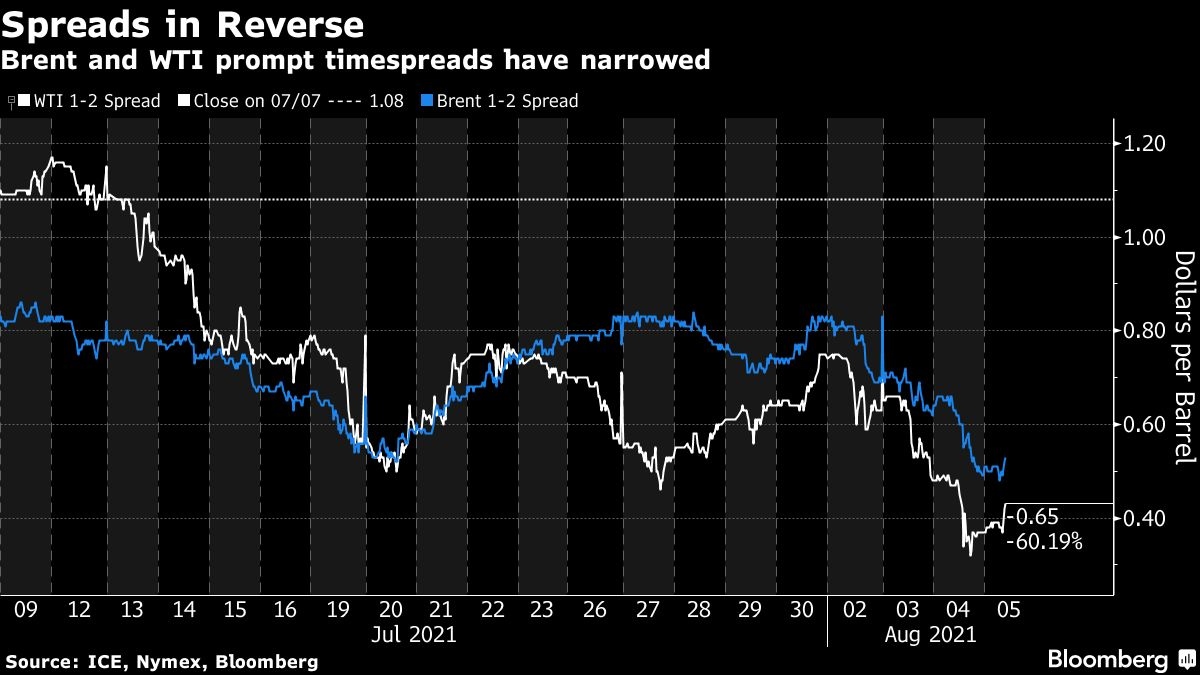 Prompt timespreads -- the gap between the most immediate futures contracts and those a month later -- have slumped in recent days, pointing to declining confidence in the market. First-month WTI was trading at a premium of 35 cents a barrel to the next month on Thursday, down from as high as 76 cents at the start of this week. Brent’s structure has seen a similar retreat.