Brent oil traded near a seven-year high, swinging with wider markets after the U.S. Federal Reserve signaled that it would soon start raising interest rates to quell inflation.

Benchmark futures fluctuated near US$90 a barrel. The Fed endorsed interest-rate liftoff in March and opened the door to more frequent, potentially larger hikes than expected. The global economy is contending with rampant inflation just as crude prices hit their highest level since 2014.

The recent rally in oil markets comes as physical supplies remain extremely tight. Key swaps tied to the North Sea market that helps price much of the world’s oil are trading at their firmest since 2019, while gauges of market strength, known as timespreads, are trading at their strongest level since November. 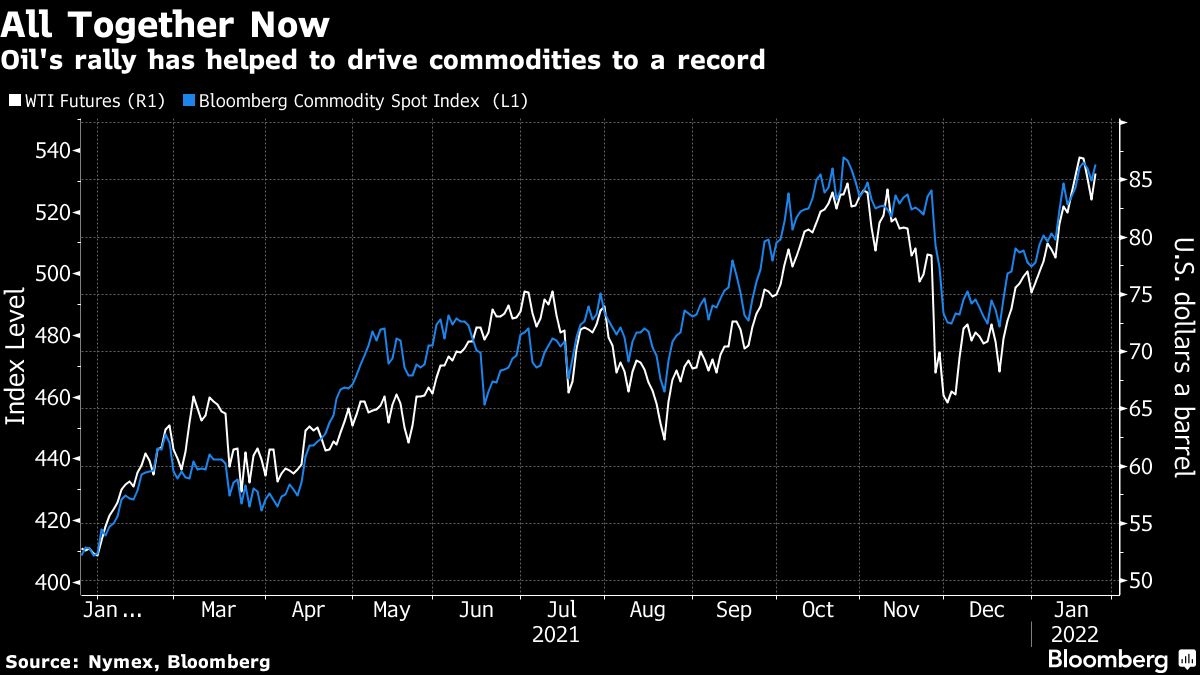 Traders are also tracking events in Ukraine on concern that Russia may launch an invasion after massing thousands of troops on the border, potentially disrupting energy supplies. Citigroup Inc. said a rise in crude volatility is a sign that the market is pricing in an increased political risk premium, potentially of at least US$5 a barrel.

Oil has rallied in the opening weeks of 2022 on the continued recovery in energy consumption from the ravages of the coronavirus pandemic. With global demand coming in stronger than expected and growing concerns about how much further producers will ramp up output, stockpiles at some key hubs have been waning early in the year.

“The development into 2022 has been strictly bullish with declining inventories so far this year versus a normal seasonal trend of rising inventories,” said Bjarne Schieldrop, chief commodities analyst at SEB AB. “As long as the inventory declines continue like this, the bull-train will carry on.”

The Organization of Petroleum Exporting Countries and its allies including Russia will get a chance to weigh in next week when they meet Feb. 2. The coalition will probably rubber-stamp a hike of 400,000 barrels a day for March, according to delegates.