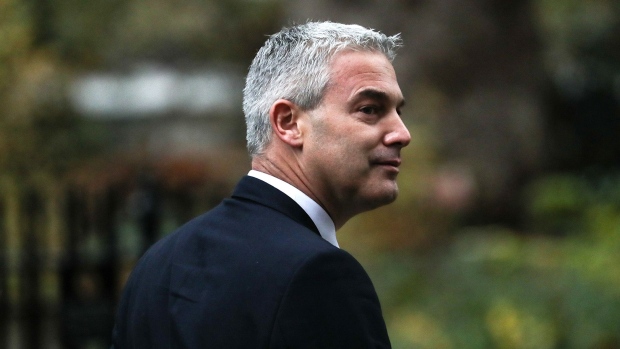 (Bloomberg) -- U.K. Brexit Secretary Steve Barclay said the risk of a no-deal split with the European Union is “underpriced.”

Barclay was asked by lawmakers if he thought the EU would be willing to offer concessions that would make the divorce deal acceptable to Parliament, which has rejected the current agreement three times.

“I think a no-deal is underpriced,” he replied.

The pound fell 0.9% on Tuesday on growing expectations that the next prime minister will lead the U.K. into a chaotic rupture with its biggest trading partner.

To contact the reporter on this story: Emma Ross-Thomas in London at erossthomas@bloomberg.net

To contact the editors responsible for this story: Tim Ross at tross54@bloomberg.net, Stuart Biggs