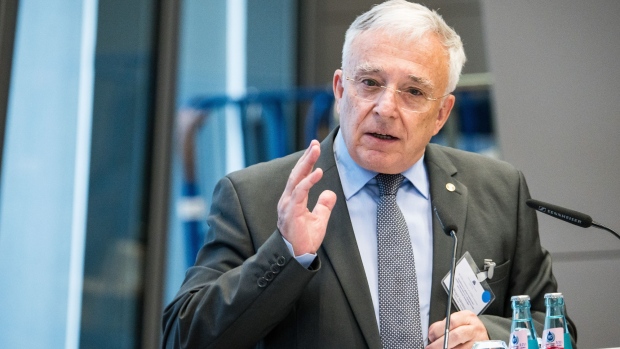 Romania’s central bank boss has won plaudits for a career that’s set to extend beyond three decades. But he’s not taking the credit for a bumper year of profits that exceeded most of the country’s commercial lenders.

The 1.2 billion lei (US$280 million) windfall, according to Governor Mugur Isarescu, stems from managing Romania’s foreign-currency reserves. And the praise should go to a group of about 30 people who’ve balanced liquidity with profitability and navigated the tricky world of negative interest rates.

“This team of boys with brilliant minds scroll up and down through their monitors, looking around the world to find profit-making operations,” Isarescu said this month. “Some are a bit more risky but they can’t use more than 5% of reserves because God forbid something goes wrong.”

Profits jumped sixfold from the previous year -- a boon for the government, which takes four-fifths of them and needs cash to narrow the budget deficit.

With that shortfall set to swell further, another fruitful year from the central bank’s traders would be most welcome.