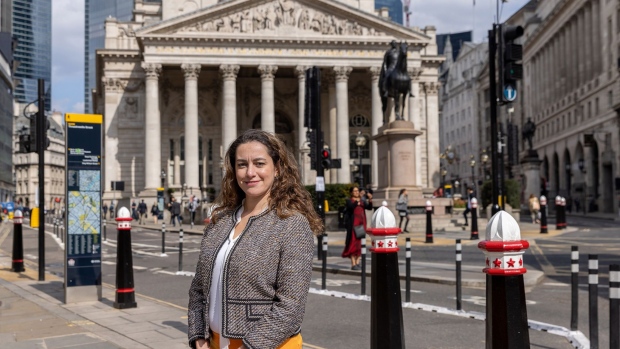 (Bloomberg) -- Britain’s relationship with the crypto industry has been at times a rocky one, with entrepreneurs often complaining about what they regard as overly strict regulations — and in some cases going so far as to move their startups abroad.

But things might be changing. In April, the government announced its intention to brand the UK a “crypto hub” on par with the sector’s favorite destinations, from Dubai to Switzerland. In Britain’s favor, it was already home to a host of fast-growing startups, from crypto custodian Copper to Ripple, the issuer of the world’s sixth-biggest digital coin.

Bloomberg Crypto spoke with some of the UK crypto industry’s key players, from immigrant entrepreneurs to a senior government official. Here are the stories of six of them, in part one of a two-part series.

Age: 48Job: Economic Secretary to the Treasury, City Minister and MP for SalisburyLocation: London and Salisbury

As the UK’s de facto digital assets czar and self-described deputy to Chancellor Rishi Sunak, MP John Glen keeps one ear tuned to the debates in Parliament and the other to rumblings in the cryptosphere. Having spent the last 18 months on something of a global listening exercise, he’s now spearheading the government’s new crypto strategy.

“In this area, there isn’t one single pathway,” Glen said, referring to observations from trips to cities like San Francisco, Washington, Madrid and Berlin in recent months. “There isn’t one mechanism to unlock all of this. There are different jurisdictions vying for supremacy.”

Last month, Glen surprised entrepreneurs by announcing the UK government’s desire to be “a global crypto hub,” revealing plans to provide regulators with more powers to handle crypto assets and explore bringing blockchain technology into financial markets. He said the initiative was in part prompted by the prodding of an entrepreneur friend who’d been nagging him for months to listen to more crypto podcasts.

Glen is the government’s longest-serving minister to the City since 1947, having served as an adviser across the business, housing and finance departments since 2010. Before becoming an MP, he spent 13 years working for accountancy firm Accenture in roles ranging from analysis to relationship management with the World Economic Forum.

Crypto, however, is a fairly new realm. And though Glen hasn’t personally invested in digital assets, he said he’s ready to oversee the Treasury’s next move.

“I see the excitement that exists now,” Glen said. “But we’ve got to innovate in our regulatory thinking as well.”

Lex Sokolin was 10 years old when his family moved from Moscow to New York in 1994. Growing up, he wanted to be an architect, an interest that would later evolve into a career focused on building decentralized finance tools and crypto-economic design.

After graduating from Amherst College in 2006 — armed with a double major in economics and law, jurisprudence and social thought — Sokolin joined then-investment powerhouse Lehman Brothers as an analyst. The firm collapsed during the 2008 financial crisis, and Sokolin returned to academia some time after, earning an MBA and JD from Columbia University.

Around this time, Sokolin also launched a robo-investment advisory business, NestEgg Wealth, which was acquired a few years later. In 2016, he joined London-based equity research firm Autonomous as a partner, where he kept a lookout for the next big thing.

“It had felt to me like the fintech movement of the early 2010s was missing the point,” he said in an interview.

Sokolin ended up covering blockchain during the 2017 boom in initial coin offerings, through which startups issued crypto tokens to raise money. “The crypto spark started getting louder and louder and louder to me,” he said.

When Autonomous was bought by AllianceBernstein in 2019, Sokolin immersed himself in the crypto space full-time. He joined Ethereum infrastructure builder ConsenSys, where he co-led the fintech product group. The team was tasked with creating software for integrating decentralized finance tools into MetaMask, the popular crypto wallet.

The following year, Sokolin was named chief marketing officer, and in 2021 was appointed as head economist, overseeing everything from coin economic design to spinning out decentralized autonomous organizations, or DAOs.

Having lived in London for the last few years, Sokolin said the UK has “a more coherent regulatory stance than in the US, but still a lot of room to grow.”

Young was tapped last year to run the European operations of Ripple, which uses the XRP digital token in its products. She joined from Mastercard, where she was in charge of developing banking and fintech partnerships. Young, who spent her childhood in Istanbul, has also worked in senior roles at HSBC and AlixPartners. She holds an MBA from Harvard Business School and a BA in economics from Brown University.

At Ripple, she’s helping oversee the expansion of RippleNet, the decentralized global network of payment providers and banks that currently includes companies like Modulr and Azimo.

Ripple has no shortage of experience in dealing with regulators: The company has been locked in a bitter court battle with the US Securities and Exchange Commission, which sued it for issuing an unregistered security. In November, Stuart Alderoty, Ripple’s general counsel, proposed limiting the SEC’s role in policing cryptocurrencies. XRP, which at one point was the third-biggest token before the SEC suit, now ranks sixth by market value.

“Compared to the US, I think that we’re still in a much better space,” Young said in an interview. “The UK has a very good opportunity to keep that leading role and become a crypto hub.”

But she also sounded a note of caution, adding that UK regulators have been sending sending “contradictory messages” regarding how to govern the mushrooming crypto sector. As an example, she cited UK Economic Secretary to the Treasury John Glen making comments in support of the industry and Bank of England Governor Andrew Bailey warning about digital assets being used in criminal scams — on the same day.

“More recently, we were hearing more mixed messages. I think it is really dangerous right now because this is the kind of mixed messaging that can hamper innovation and endanger the UK’s position to be the leading crypto hub,” she said.

Brown launched the London-based venture capital firm Blossom Capital in 2018. She’s invested in startups such as MoonPay, which provides infrastructure for buying and selling digital assets, and the cryptocurrency and computing platform Tezos.

Other investments include business forecasting platform Pigment and cybersecurity automation startup Tines. Blossom has also invested in non-crypto firms such as online payments company Checkout.com, whose $40 billion valuation in a funding round in January made it one of Europe’s most valuable startups.

Brown studied at the University of Oxford and has an MBA from French business school Insead.

She caught the crypto bug early — Brown recalls going to her first meeting with other cryptocurrency fans in London in 2013, adding it’s an industry she has been interested in for a long time.

“Back in 2014 was when I bought my first Bitcoin through a site called localbitcoins.com, which involved actually meeting someone in a Starbucks in Mayfair,” she said in an interview. Bitcoin ended that year at around $300. It peaked at close to $69,000 in November last year.

In January, Blossom Capital launched a £316 million ($386 million) fund that will invest a third of its capital in crypto firms in Europe. She isn’t fazed by the recent meltdown in cryptocurrency markets: Blossom Capital is “very bullish long term investors, we don’t pay too much attention to the intra-day or the weekly volatility” are more focused on “the evolution of crypto from a niche financial tool to a mainstream asset class,” she said.

Brown said Blossom Capital also owns nonfungible tokens, the digital certificates of authenticity that exploded in popularity last year. “We have a Crypto Punk and we have Bored Apes and through that we hold some ApeCoin.”

Since founding crypto custodian Copper in 2018, Siberian-born Tokarev has been on a mission to convince the UK’s institutional investor crowd that digital assets belong in a diversified portfolio.

A talent for mathematics propelled Tokarev into Siberian Federal University at age 15, where he got a degree in software engineering. Wanting a Western education, he Googled the world’s top universities and settled on the UK. There, he picked up English while working at a Pizza Hut for nine months. He eventually studied risk management and financial engineering at Imperial College London, then built trading bots for small hedge funds and discovered how to arbitrage discrepancies in the price of Bitcoin across different exchanges.

With backers like billionaire hedge fund manager Alan Howard and clients including FTX and State Street, Copper is now one of the UK’s most prominent crypto companies. Asked about a regulatory regime that’s at times been outright hostile to cryptocurrencies, Tokarev said he’s optimistic that things are changing — while pointing out that there’s some way to go.

“There are certain political discrepancies in the narrative, where I don’t think there is a 100% understanding of what’s going on in crypto,” he said. Tokarev warned of “Chinese walls” forming between regulators and the politicians that oversee them, where neither side is fully sure of how to engage with the industry.

For now, Tokarev thinks the UK should start looking beyond the parts of crypto and blockchain technology that easily integrate into existing financial services. “There’s much more to look at in the crypto space, like decentralized finance, that’s already 50,000 steps ahead. You can continue catching up, but at least lay the perimeter within which you can innovate.”