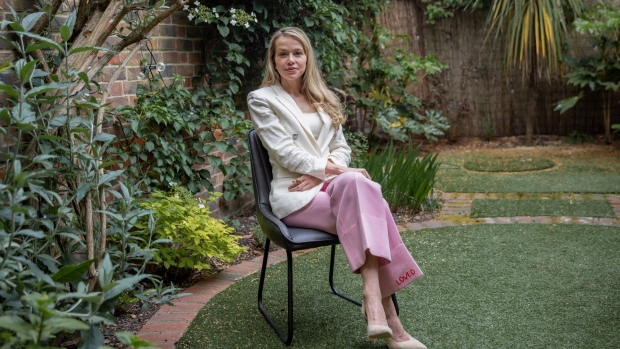 (Bloomberg) -- The UK’s crypto landscape is maturing, and regulators and lawmakers are taking a greater interest in the industry. The Financial Conduct Authority is gearing up to create new rules for digital assets, and crypto companies are trying to make sure those guardrails aren’t too disruptive.

Bloomberg Crypto spoke with some of the UK industry’s key players, from the sector’s top enforcer to a prominent crypto skeptic. Here are the stories of six of them, in part two of a two-part series.

Age: 45Job: Law Commissioner for Commercial and Common Law at the Law Commission of England and WalesLocation: Bristol and London

While the European Union debates stronger regulatory measures for cryptocurrencies and other digital assets, Sarah Green is preparing to lead a project on behalf of the Law Commission of England and Wales to evaluate the legal status of decentralized autonomous organizations, or DAOs — producing research which could set a global precedent on how to legislate for the seemingly infinite networks of anonymous groups on the internet.

DAOs spiked in popularity as decentralized finance applications became more prominent within the cryptosphere. The groups are run by communities of stakeholders, using smart contracts on blockchain networks to execute key functions, such as voting on how various crypto platforms are run.

“One of the concerns is that if we don’t move on this, and we don’t make it clear what each party’s liability is going to be and what their legal status is going to be if they set up DAOs in this jurisdiction, is that people will do it elsewhere,” Green said in an interview. “That would cause quite a dramatic loss of potential revenue, both for the economy and certainly for English and Welsh law.”

The Commission plans to publish its proposed rules for digital assets — including cryptocurrencies and nonfungible tokens — this summer, based on conversations with users, developers and legal advisers. The UK Parliament will then consider the recommendations.

Green, who has written about digital assets, smart contracts and blockchain issues, said assessing how the law could evolve to include crypto was one of the main reasons she was appointed as a commissioner in 2020. She had previously held professorships at the University of Bristol and University of Oxford, where she first started looking into blockchain and crypto.

“Particularly when I was at Oxford, I spent a lot of time arguing with other lawyers who were negative about it and said it’s just a flash in the pan,” said Green. “In short, I suppose I’m very bullish about it. I don’t think it’s going to take over, but I do think it’s going to become a really integral part of mainstream economy.”

Pay attention to Pritchard if you’re wondering how the UK’s top financial regulator plans to tackle crypto. She’s the executive in charge of the watchdog’s response to the sector, which includes mapping out how the organization might shape the country’s future regulatory framework for digital assets and supervise firms in the space.

“I look at my own diary for the last month and there are several substantive, strategic meetings on crypto per week, every week,” said Pritchard in an interview. “Whereas if you turn back the clock 11 months, to the day when I first joined, that wasn’t the case. So it just shows the real significant attention that we are paying to it.”

Pritchard first came across crypto at the National Crime Agency seven years ago, where she rose up the ranks to become director of its National Economic Crime Centre before moving across to the FCA last summer. She not only sees the possible benefits of blockchain but also the importance of “making sure there are minimized risks of financial crime from the get go.”

The FCA is at a key turning point as it gears up to gain additional powers in the crypto space later this year. Its previous work on digital assets was limited to scrutinizing firms that applied for registration under anti-money laundering standards, with only 34 of more than 100 applicants making the cut. The watchdog recently completed its first Crypto Sprint, an over-subscribed two-day session of listening and discussions with industry players about what comes next.

“What’s most interesting to me is the range of applications, or the range of different scenarios, in which there may need to be a regulatory touch point on all things crypto. It’s such a broad term,” Pritchard said. “It’s important to make sure that we’re taking steps to minimize harm before that harm becomes significant, because significant harm in a market is not good for anybody.”

Romania-born Brasoveanu is a partner at the venture capital firm Accel, where he focuses on investing in companies in areas ranging from so-called web3 applications to cryptocurrencies and enterprise software. Before that, he worked at Foundation Capital and high-frequency trading firm KCG-Virtu Financial.

More recently, Brasoveanu led Accel’s investments in startup Sorare, which he describes as a “business situated at the intersection of nonfungible tokens and global fantasy sports” and Sky Mavis, the creator of play-to-earn game Axie Infinity. Other crypto investments include Tenderly, a development platform for decentralized apps (or dapps) and the blockchain analytics firm Nansen.

“We’re very much optimizing for 10 years plus — we’re keen to back companies that can define entire generations and redefine the categories they are in,” Brasoveanu said in an interview. “We are not optimizing for a very good token launch.”

Diehl, one of the UK’s most prominent crypto skeptics, has been working with policymakers including the European Central Bank and US Congressional members to counterbalance the industry’s influence over how digital assets and other emerging technologies should be regulated.

The American-born software engineer is best known for his popular blog featuring his insights into the harms of web3 — a term which refers to a next generation of the internet powered by blockchain technology — which he says garners hundreds of thousands of views a year.

“I’ve seen different facets of the way the global financial system works enough to have an informed opinion,” said Diehl, who worked his way up from a rank and file software engineer to become the CTO of a tech startup. “I try my best to represent what I think a vast majority of people in my industry think, but don’t say so publicly.”

Diehl said in an interview that he struggles to find coherence among regulators when it comes to the crypto sector. Despite there being no common ground on even the most basic issues, like the appropriate definition of a cryptocurrency, countries are embracing digital assets. In the UK, the Financial Conduct Authority has likened crypto to gambling products that can cause investors to lose all their money. “That’s pretty much the most extreme thing they can do,” Diehl said.

Ultimately, Diehl doesn’t expect crypto to stick around for long. He called stablecoins, a type of cryptoasset typically tied to the value of a fiat currency and backed by sometimes murky reserves, “a ticking time bomb waiting to happen.”

“The public has no idea what they’re getting into when they’re buying these things,” he said. “They’re probably the most risky products that we can possibly sell to the public, and the fact that they’re being heralded as a means for financial inclusion is even more scary.”

Biggs developed an interest in technology in high school. She built websites in the 1990s and got involved in North American seasonal publication 2600: The Hacker Quarterly. After earning an MBA in London, Biggs landed at consultancy Oliver Wyman’s London office before working for several startups. An introduction to Bitcoin by her younger brother in 2013 became a turning point.

“There’s just some issues with the existing financial system that I wanted to address,” she said in an interview. “I started going to Bitcoin meetups and met an investor who was looking to start a crypto exchange in London. He asked me if I would move back, and I did,” said Biggs, who was in the US at the time.

That business was Uphold, a digital money platform where she was head of growth for Emea until 2016. But as the UK’s preference in fintech turned to “blockchain, not Bitcoin,” Biggs did another career about-face. She dabbled in venture capital investing before joining HSBC to start its innovation team. By 2020, she was back in crypto full-time as CEO of ETP provider Valour. When DeFi Technologies bought Valour last year, Biggs took up her current role.

Does her time in traditional finance give her an edge in crypto, as the sector goes mainstream? “Understanding the system is very useful, just for everyone’s sanity,” Biggs said. “Sometimes both sides don’t engage with each other. But the more that we can get that engagement across, the better, so that we’re not repeating the same mistakes. A lot of these ideas aren’t brand new.”

As for the UK’s appeal, crypto companies are in wait-and-see mode. Valour recently opened a new office in London, and while the Treasury’s recently-announced push to make Britain a crypto hub offers hope, Biggs said she’s holding out for a reversal of the 2021 ban on crypto derivatives for retail investors. “I would imagine that it would be difficult for the UK to continue the momentum of being a global crypto hub, and still not allow retail investors access to these products,” she said.

Age: 40Job: CEO at NEAR FoundationLocation: Zug, Switzerland and London

Flament, a French computer engineer who joined Swiss blockchain project NEAR Foundation last year as its chief executive officer, has been engaging with regulators and government leaders to shape the future of crypto.

But Flament wasn’t always bullish on digital assets. She recalled having a conversation with a headhunter in 2015 for a role at Circle, a blockchain-focused financial services and payments company, thinking “this must be a joke.”

Flament’s skepticism came from the view that crypto was associated with criminal activity, she said in an interview. But when she saw that Sean Neville and Jeremy Allaire, who were considered pioneers in internet software, were leading Circle, she decided to give the sector another chance.

Upon further reflection, she realized that “Bitcoin was actually going to be something very big.”

Flament went on to work at Circle for three years as its managing director for Europe and global chief marketing officer. It was her first foray into crypto.

Flament holds an MBA from London Business School and a master’s from TelecomParisTech and Shanghai Jiao Tong University. Prior to joining Circle, she worked at Expedia’s Hotels.com, Boston Consulting Group and luxury giant LVMH.