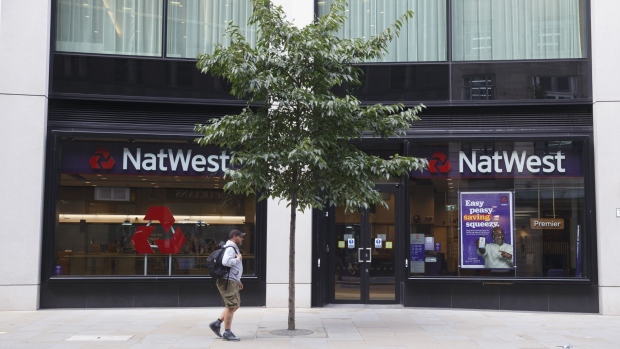 The U.K. government has sold 170.4 million shares in NatWest Group Plc -- worth about 420 million pounds ($580 million) at current prices -- since November, continuing to cut the majority stake it acquired during the financial crisis.

The Treasury now owns a 51.98% stake in the lender formerly known as Royal Bank of Scotland, according to a filing Friday. Its stake is valued at about 14.5 billion pounds at current prices.

The government said in July it would carry out open market sales in NatWest for a year from Aug. 12. No more than 15% of the lender’s aggregate total trading volume will be sold over the duration of the plan.

The Treasury remains NatWest’s biggest shareholder, more than a decade after RBS’s 45.5 billion-pound bailout. It will likely take a hefty loss on the selldown even with the share price up more than 50% in the past year and trading at about 250 pence. The government has previously indicated that its break-even price is about 400 pence.