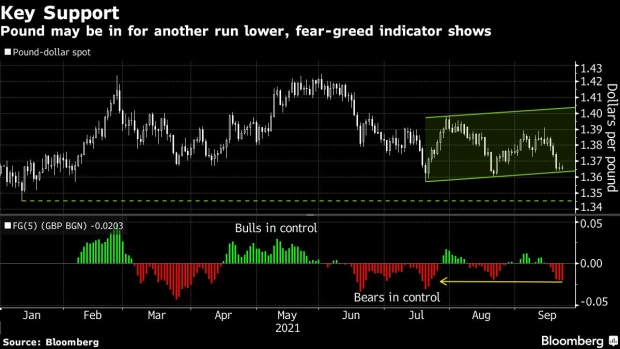 (Bloomberg) -- The pound is testing a key support level ahead of monetary policy decisions this week by the Federal Reserve and the Bank of England. The so-called fear-greed indicator shows bears control price action by the most in two months, threatening a bullish trend channel that’s been in place since July. Announcements by the central banks could be the catalysts for the U.K. currency to either hit fresh lows or establish $1.36 as a line in the sand.