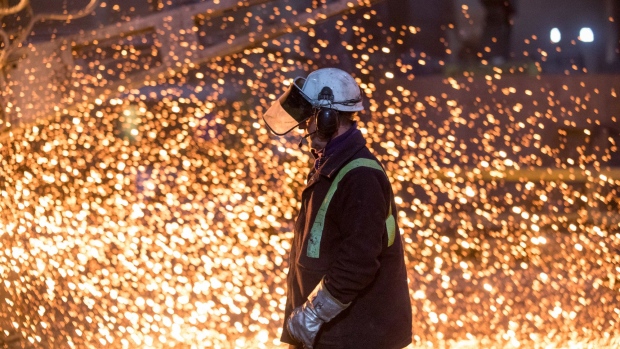 China’s Jingye Group, the owner of British Steel, is seeking a urgent package of financial support from the UK government, Sky News reported, citing people familiar with the matter.

Jingye has told ministers that two blast furnaces in the UK are unlikely to continue being viable without support from the government. One person told Sky that the aid required would be hundreds of millions of pounds, but the precise nature of the package being sought is not yet known.

The company employs about 4,000 industrial workers in the north of England, whose jobs could be in jeopardy without the aid, the TV channel reported. Redundancies are being prepared by the company if no aid is forthcoming, one of the people told Sky, while Jingye would then plan to import steel from China to roll at British Steel’s UK sites.

“We are investing hundreds of millions of pounds in our long-term future but like most other companies we are facing a significant challenge because of the economic slowdown, surging inflation and exceptionally high energy and carbon prices,” a British Steel spokesperson told Sky.