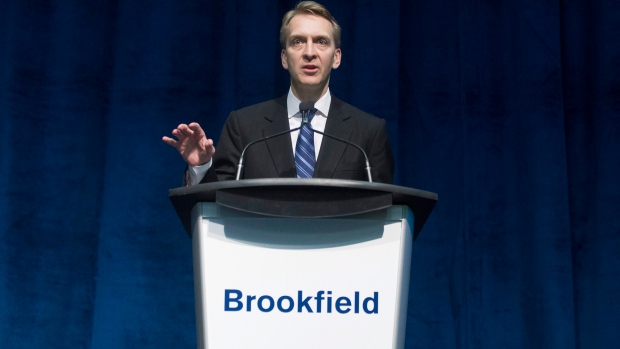 TORONTO -- Brookfield Asset Management Inc. says its net income for the fourth quarter was less than half the level a year earlier, in part because of asset sales in the previous year.

Analysts had expected revenue of $14.6 billion and earnings of 26 cents per share, according to financial markets data firm Refinitiv.

The company says it has declared a quarterly dividend of US$0.18 per share, an increase of 12 per cent.

It says it has appointed Nicholas Goodman as chief financial officer, replacing Brian Lawson who will continue to serve as a director a vice chairman.

On Feb. 7 Brookfield said it had raised US$20 billion for its latest flagship infrastructure fund, including US$5 billion it had committed.