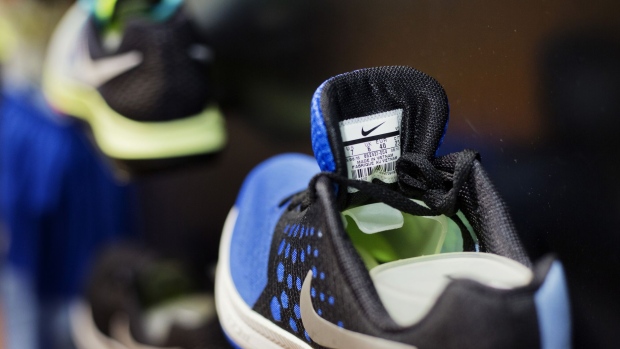 A label that reads "Made In Vietnam" is seen on the tongue of a sports shoe on display in a Nike Inc. store at the Lotte Shopping Plaza in Hanoi, Vietnam, on Tuesday, Jan. 24, 2017. President Donald Trump's decision not to join the Trans-Pacific Partnership and pledge to renegotiate the North American Free Trade Agreement are forcing companies to rethink supply chains and capital investments in a new era of protectionist policies. His moves weigh heavily on importers such as Nike and Ford Motor Co. as he seeks to boost domestic manufacturing and create jobs. Photographer: Maika Elan/Bloomberg , Bloomberg

Brookfield and Affinity completed the transaction after receiving regulatory approvals, the people said, asking not to be identified because the matter is private. The deal values Trimco, which counts US sportswear giant Nike Inc. as one of its biggest customers, at $800 million to $900 million, the people said.

The Toronto-based alternative asset manager may seek to expand Trimco globally over the long term, both organically and via acquisitions, they said.

Brookfield emerged as the buyer after outbidding other private equity firms, Bloomberg News reported in October. Higher borrowing costs and volatile markets, along with macroeconomic uncertainty, are impacting valuations of businesses and making deals harder to come by. That backdrop represents an opportunity for long-term investors with the financial muscle to deploy capital.

Founded in 1978, Trimco makes clothing labels, radio frequency identification tags, packaging and store decorations for some of the biggest apparel retailers, according to its website. The group operates through its Clotex, Labelon and A-Tex units, serving more than 800 brands and 8,600 manufacturers globally. Launched in March, Trimco’s “Product DNA” platform for monitoring supply chains and social and environmental governance is being used by clothing makers including Asics Corp., according to a statement.

Brookfield has more than $750 billion in assets under management, investing in renewable power, infrastructure, private equity, real estate and credit and insurance, according to its website. It has operations in more than 30 countries.