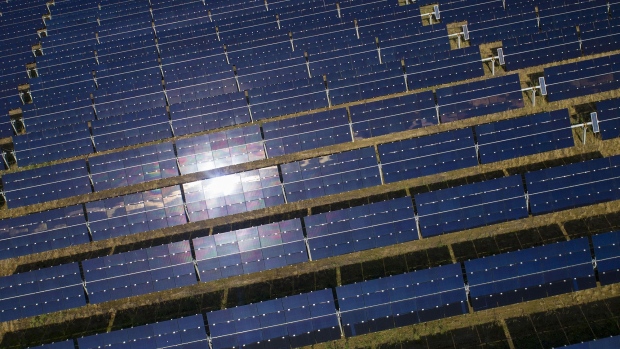 (Bloomberg) -- Brookfield Asset Management Inc. acquired two US renewable-power companies -- Scout Clean Energy and Standard Solar -- for a total of $1.54 billion and plans to invest as much as $510 million to further develop those businesses.

The deals were made by Brookfield Renewable Partners LP, a publicly traded subsidiary of the Toronto-based asset manager, and funded by the parent’s $15 global transition fund, according to a statement Thursday. That fund, led by former Bank of England Governor Mark Carney, is the world’s largest focused on the global transition to clean energy.

“Our development pipeline in the US is now close to 60,000 megawatts and is well diversified across wind, utility-scale solar, distributed generation and energy storage,” Brookfield Renewable Chief Executive Officer Connor Teskey said in the statement.

The deals will bring Brookfield’s total invested and allocated amount for clean energy investments in North America to $3.5 billion this year.