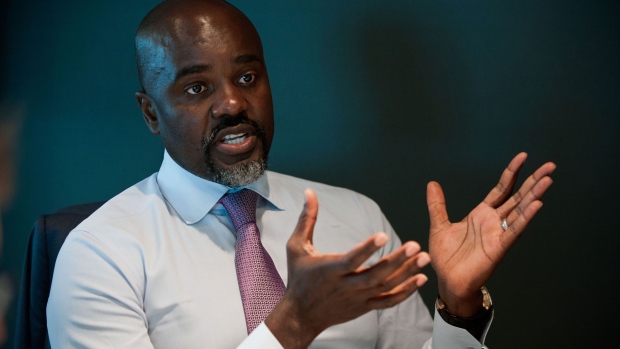 Brookfield Asset Management Inc. and Canada Pension Plan Investment Board joined more than 200 Canadian organizations in promising to fill at least 3.5 per cent of their top executive and board roles with Black leaders by 2025.

The BlackNorth Initiative pledge that the companies agreed to also requires them to commit to other measures, such as giving employees anti-racism training and hiring at least five per cent of their student workforce from the Black community. BlackNorth is a new group led by Wes Hall, the founder of Toronto-based Kingsdale Advisors and one of the most prominent Black executives in the Canadian financial industry.

Four of the country’s six largest banks -- Bank of Nova Scotia, Canadian Imperial Bank of Commerce, Bank of Montreal and National Bank of Canada -- have signed the pledge, as have the country’s three large life insurers.

The market value of the companies agreeing to the BlackNorth pledge exceeds US$1 trillion, the group said in a news release. The list includes 30 per cent of the S&P/TSX 60 Index.

“This whole initiative, which I was able to start with the help of so many others, is really to bring awareness” to conversations about ending systemic racism in the corporate world, Hall said at a virtual summit on Monday. The event was attended by more than 3,000 people, including Black business leaders such as Toronto Raptors President Masai Ujiri.

BlackNorth co-chairs Victor Dodig, CEO of CIBC, Rola Dagher, CEO of Cisco Systems Canada, and Prem Watsa, CEO of Fairfax Financial Holdings Ltd., spoke on a panel at the event about how corporate Canada needs to address racism within its ranks and improve the representation of Black Canadians in the upper echelons of the private sector.

“Over 250 CEOs realized that it’s not just about profit anymore,” Dagher said. “It’s all about people. It is time for us to take action because leadership is not a title that you check.”

The BlackNorth Initiative, which was founded in the wake of widespread protests over the killing of George Floyd by a Minneapolis police officer, hopes to change the culture in the corporate world by diversifying the workforce and reducing unconscious bias.

“The most important thing for me is that qualitative aspect of when an employee will come to me and say, ‘I really feel like I’m part of this company because I’m able to bring my entire self,’” Dodig said.