Inter Pipeline investors can elect to take cash at $19.50 apiece for shares Brookfield doesn’t already own or receive stock at $19.99, the Toronto-based firm said Friday. Brookfield will raise its offer to $20.40, valuing Inter Pipeline at as much as $8.8 billion (US$7.1 billion), pending the outcome of a decision by regulators on the size of the break fee associated with Pembina Pipeline Corp.’s rival offer. In February, Brookfield said it already owned about 19.6 per cent of Inter Pipeline.

Brookfield’s sweetened terms for Canada’s fourth-largest pipeline company are the latest twist in a battle that extends back to February, when the affiliate of private equity giant Brookfield Asset Management Inc. made a $16.50-a-share bid that was rejected by Inter Pipeline’s board. Brookfield first increased its offer a day after Pembina’s deal to buy Inter Pipeline was announced on June 1, valuing the target at $19.45 a share. 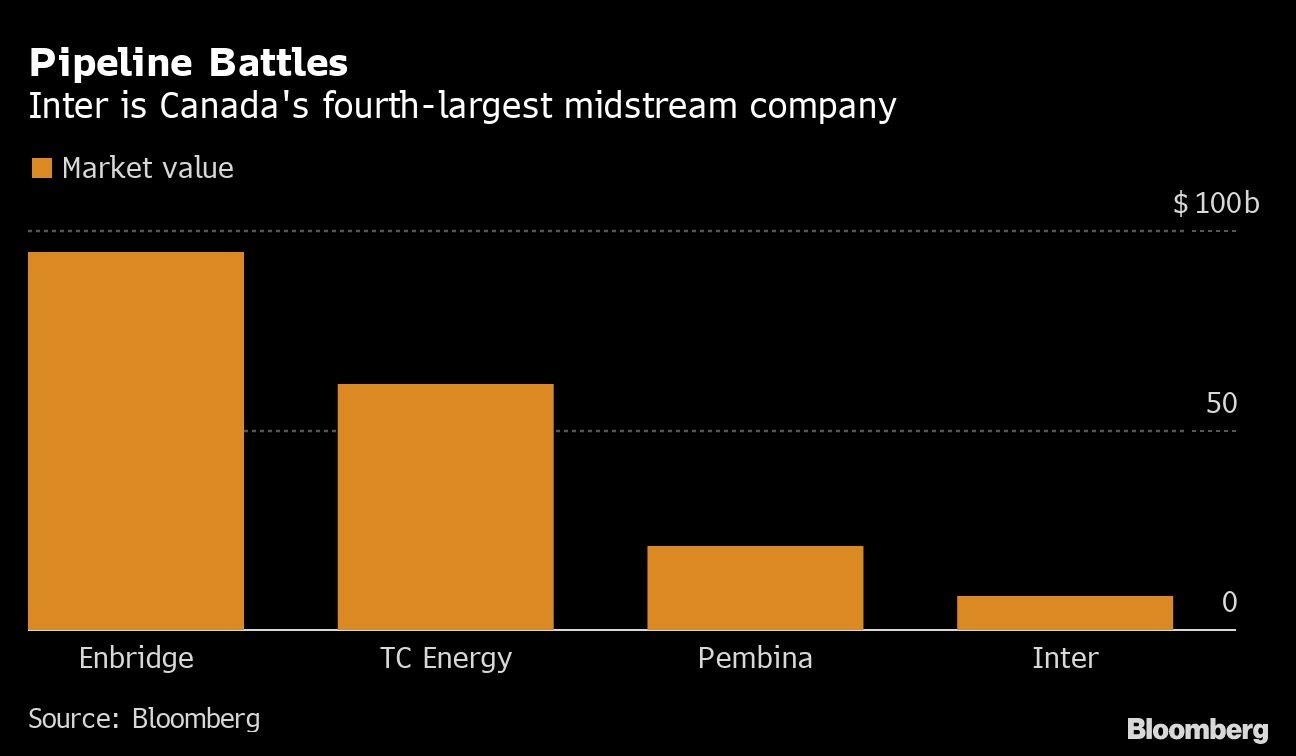 “The logic of the Pembina IPL combination is clear and we look forward to continuing our process to close the transaction,” Calgary-based Pembina said in an emailed statement.

Inter Pipeline, also based in Calgary, said it’s reviewing the Brookfield offer and “will provide our comments in due course.”

Last week filed a challenge with the Alberta Securities Commission to a $350 million break fee tied to the Pembina offer. A hearing on the matter is scheduled for July 7.