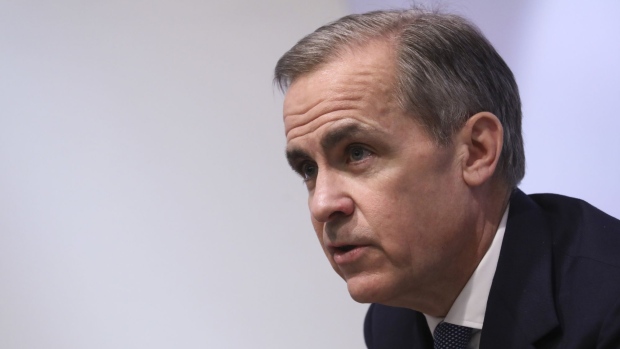 Mark Carney, governor of the Bank of England (BOE), speaks at the bank's Monetary Policy Report news conference in the City of London, U.K., on Thursday, Jan. 30, 2020. The BOE kept interest rates on hold in Carney's final meeting, waiting for more evidence of economic rebound before supporting it with a cut. , Photographer: Chris Ratcliffe/Bloomberg

“I think there’s a paradigm shift, and the paradigm shift is energy security,” Flatt said, adding that nuclear is the only alternative for nations that don’t have natural gas or enough land for solar projects.

At the event, Carney, the former governor of the Bank of England and the Bank of Canada, said 10-year interest rates of 4% or 5% are “quite reasonable” and normal given the US economy potentially growing at 2% and inflation slowing to 2%.

“It’s a painful process when a bunch of assets -- not the ones that we have -- have been priced for 1%, 2% interest rates forever,” he said.