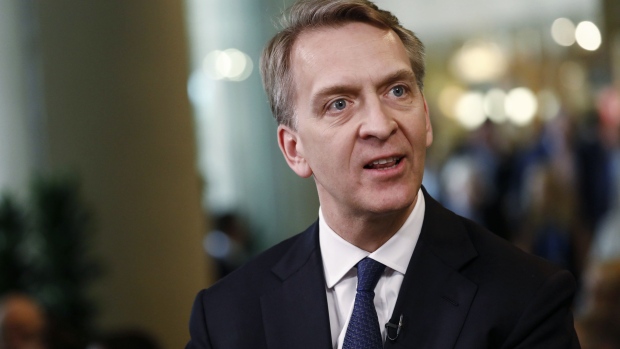 (Bloomberg) -- Brookfield Asset Management Inc. is seeking to raise $12 billion to $15 billion for its third flagship private equity fund after making a string of acquisitions, according to people familiar with the matter.

The Toronto-based firm is expected to start fundraising later this month and complete it by early 2022, the people said, asking not to be identified because the matter is private.

In a letter to shareholders in August, Brookfield Chief Executive Officer Bruce Flatt said he wanted to bring in $100 billion for deals and grow each of the firm’s flagship funds to more than $25 billion in capital over time. To achieve that, Brookfield is bolstering its investor ranks. Flatt said the firm now has 2,000 clients globally, up from 425 five years ago.

At $15 billion, the new fund would be two-thirds larger than the $9 billion raised for a 2019 buyout pool. A prior fund brought in $4 billion in 2016. Those vehicles each had a net internal rate of return of about 30%, the people said.

Three recent acquisitions by its private equity arm, Brookfield Business Partners, pushed it past the threshold that typically triggers the firm to start raising additional capital, or more than 75% of the money allocated. Those deals included the $5 billion acquisition of Modulaire Group, a provider of modular leasing services in Europe and the Asia-Pacific region, and the purchase of trucking-parts supplier DexKo Global Inc. for $3.4 billion.

Brookfield’s buyout division had roughly $77 billion in assets under management at the end of the second quarter, according to its website. That’s up from $17.8 billion at same point five years ago. As with previous funds, Brookfield Business Partners is expected to be the largest investor in the new fund and will likely commit more than $3 billion, the people said.