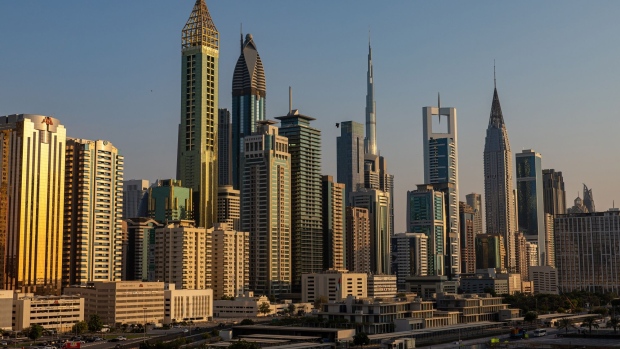 Buyout firm TPG Inc. is also among suitors interested in the unit that could be valued at $500 million to $700 million, the people said, asking not to be identified as the matter is private.

Mashreq has received initial bids and is in the process of taking potential buyers to the next round, the people said. No final agreements have been reached. The Dubai-based lender may decide to keep the unit or other bidders could emerge, the people said.

Mashreq is working with Goldman Sachs Group Inc. to tap potential buyers for the unit, which handles the processing of transactions made with credit and debit cards, Bloomberg reported earlier this year. At the time, Mashreq said it wasn’t in negotiations to sell the business.

The company has since carved out its payments arm into a new unit, NeoPay. The unit processes about $22 billion across sectors on an annualized basis and handled over 300 million transactions last year.

“Any purchase of NeoPay by either Network International or Brookfield Asset Management is set to significantly consolidate the payments landscape in the UAE and could have ramifications on pricing power of players operating in the market,” Citigroup Inc. analyst Rahul Bajaj said in a note on Thursday.

If Brookfield acquires the unit, it would become a market leader with about 60% of market share and potentially strong pricing power. If Network International’s bid is successful, it would significantly bolster their Dubai presence and help to improve margins, Bajaj said.

Mashreq’s larger rival First Abu Dhabi Bank PJSC also carved out its own payments business last year, and subsequently sold 60% of the unit to a division of Brookfield. A successful bid for Mashreq’s payments arm would allow the Canadian investor to consolidate the two businesses.

Network International, meanwhile, was founded in 1994 as a subsidiary of Emirates Bank. Private equity firms Warburg Pincus and General Atlantic bought a stake in the payments firm -- backed by Emirates NBD Bank PJSC -- in 2015, before listing the business in London less than four years later.