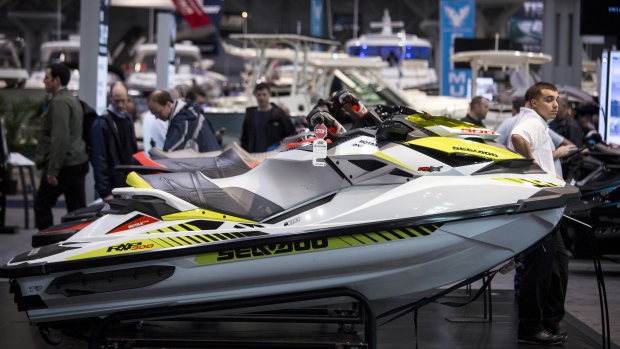 Work at BRP Inc. factories will likely stay at a standstill until next week after a cyberattack that the Sea-Doo maker reported Monday.

"Our teams continue working around the clock to resolve the situation and have made progress restoring some of our servers," spokeswoman Biliana Necheva said in a release Wednesday afternoon

However, operations had not resumed more than 48 hours after they were halted as a cautionary measure, she said in an email earlier in the day.

The Quebec-based company, which also manufactures Ski-Doos and off-road vehicles, announced Monday morning it was the target of "malicious cybersecurity activity" and took "immediate measures to contain the situation."

Deploying its own information technology staff, BRP also said it hired cybersecurity experts to help secure its systems and support an internal investigation.

"At this time, we are targeting to resume our Valcourt manufacturing operations on Monday, Aug.15," Necheva said, referring to BRP's flagship factory site.

"The rest of our operations remain suspended temporarily, which may delay certain transactions with customers and suppliers."

The freeze comes at a tough time for BRP, as supply chain woes weighed on sales in its first quarter, with more input obstacles expected on the powersport vehicle maker's path for the rest of the year.

Spun off from Bombardier Inc. in 2003, BRP employs nearly 20,000 workers, mainly at manufacturing and distribution sites in Mexico, Canada, Austria, the United States, Finland and Australia. Its products are sold in more than 120 countries.