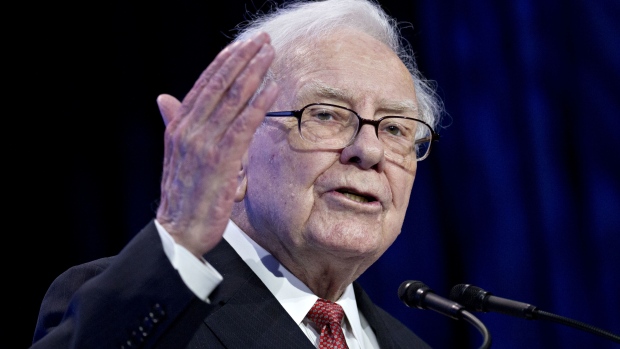 Buffett agreed to Generali’s offer, the people said asking not to be named because the process is not public. With the tycoon’s stake, Generali is close to exceeding 50% of Cattolica shares, said the people.

The billionaire bought about 9% of Cattolica in 2017 from Banca Popolare di Vicenza SpA through a company controlled by Berkshire, as part of his portfolio’s diversification. Cattolica shares closed down 1.1% to 6.965 euros Friday, above Generali’s bid price of 6.75 euros, giving the insurer a market capitalization of 1.59 billion euros ($1.85 billion).

Generali, with a stake of about 24% in Cattolica, is bidding for the rest in an all-cash transaction as part of a strategy to cement its already-commanding presence in the home market. According to the terms, Generali will pursue the bid if at least 66.67% of Cattolica investors accept the offer, and it has the right to consider whether to go ahead if it gets the acceptance of at least 50% plus one share.

Berkshire didn’t immediately respond to a message sent to Buffett’s assistant. A spokesman for Generali declined to comment.