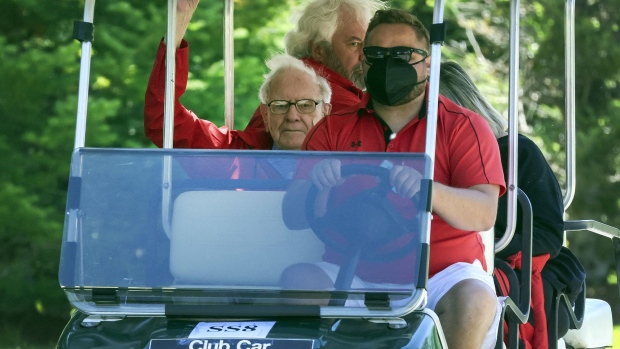 (Bloomberg) -- Warren Buffett dialed back on share repurchases in the second quarter as his conglomerate put its cash stockpile to work buying up stakes in other companies.