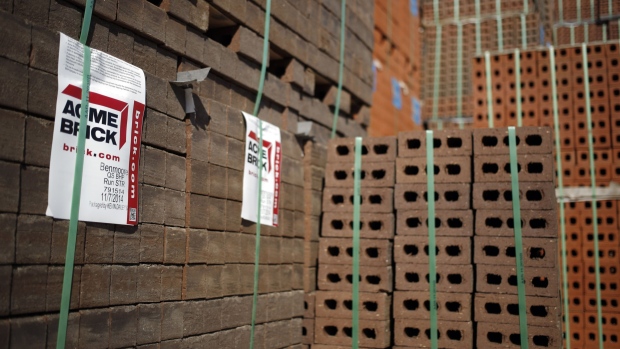 Britt Stokes saw the first baffling tweet on Monday, June 1st. It showed two images of bricks stacked with a delivery tag from Acme Brick Co., where Stokes is director of marketing. The Twitter post suggested the company left the bricks intentionally to be used in protests in Frisco, a Dallas suburb.

Stokes tracked the order and discovered it was an earlier shipment, sent to a homeowner’s association to repair a fence. Frisco's police department put out a statement confirming the same details.

That didn’t stop a torrent of unchecked rumors about Acme Brick from spreading online. More tweets with similar claims poured in. People pasted the tweets to Facebook, where they spread on their own. From Facebook, the theories about Acme Brick jumped to YouTube and TikTok, then ricocheted back — all casting the small building supplier at the center of a conspiracy involving antifa, the pandemic and some of the wealthiest men in the world.

Each major internet platform — YouTube, Facebook Inc. and Twitter Inc. — has worked to curb inaccurate information spreading on their own sites. But online rumors often bounce from one platform to the next, creating a vexing problem that is nearly impossible for the targets to combat, regardless of the resources they have at their disposal. Acme Brick is part of Berkshire Hathaway Inc., the US$436-billion conglomerate.

“You get a little bit of misinformation and it just spins out of control,” Stokes said in an interview this week. “The volume of stuff to wade through was incredible. It was ridiculous.”

Unverified reports have spread about the recent nationwide protests against police brutality almost since they began. Several news publications ran stories on piles of bricks found near protest sites. A Fox News cable segment focused on the “mysterious” bricks; another cited a Department of Justice probe into the involvement of antifa, favorite scourge of President Trump. The White House’s official Twitter account posted — and then removed — a compilation of the brick videos, but only after it was viewed over one million times.

Acme Brick was an easy target for the conspiracy-minded. Warren Buffett's company bought the Fort Worth, Texas-based business in 2000. Bill Gates sat on the Berkshire Hathaway board until his announcement in March that he’d step down, a fact that web sleuths glommed onto. Gates is at the center of conspiracy theories about the coronavirus.

Subsequent media reports and fact-checking organizations found no evidence of coordinated efforts to plant bricks as protest weapons. YouTube places a fact-check article at the top of web searches around the protest and bricks, and surfaces major news organizations in the results. Facebook has added a fact-check box to some posts about Acme Brick. Still, the idea persisted online. There it swirled in with other fantasies about business elites and organized left-wing mobs marching on America's suburbs.

YouTube and other technology platforms banned Jones in 2018, but another YouTube user uploaded his June show. The clip isn’t particularly popular. Yet another one is: A video of an anonymous woman stating matter-of-factly that Acme Brick delivered pallets of bricks to "rioters and antifa." She names Buffett, Gates and the Pritzker family, which sold a manufacturing business, Marmon Holdings Inc., to Berkshire Hathaway starting in 2008. Versions of the 30-second clip have been viewed over 700,000 times on YouTube.

Inside Acme Brick, Stokes watched the video resurface all over the web. It appeared in a remix on TikTok, an app Stokes associated with young teens. "Really?” he recalled thinking. “On TikTok?"

A YouTube spokesman said the video copied on TikTok didn't violate YouTube's policies, but the company treats it as "borderline" videos that are not surfaced as widely. The clip featuring Jones was a policy violation and YouTube removed the footage after Bloomberg News asked for comment.

“Our teams have been working to find and remove violating activity since the protests started,” said a spokeswoman for Facebook. A spokeswoman for Twitter declined to comment; TikTok didn’t respond to a request for comment. None of the companies answered a question about whether they were coordinating efforts to curb misinformation around the recent protests.

Acme Brick is small; it makes up less than one percent of Berkshire Hathaway's workforce. Stokes has three other people on his team, who have spent weeks sifting through Facebook comments, email queries and hate mail. Since June 1st, wild accusations kept spreading and defying logic. Many posts noted “pallets of bricks,” but Stokes said the company’s bricks aren’t shipped on pallets. Social media accounts claimed to spot Acme’s bricks in Minneapolis and Philadelphia, cities where Acme Brick does not do business.

Some of the misinformation bordered on camp. Doctored images were posted to Facebook of Gates and Buffett doling out bricks from a van. But some people, enraged by the supposed ties to the protests, listed Acme Brick’s corporate office locations online. The company also received threats. Acme Brick went to Facebook and Twitter for help in removing what they saw as dangerous posts. They had "mixed results," according to Stokes. "It was like a whack-a-mole thing," he said.

Buffett, who has tread carefully on political issues during the Trump presidency, hasn’t been as central of a target of conspiracy theorists as Gates and George Soros, the billionaire financier. So online rumor mongers started saying Soros and the Clintons were also tied to the brick company. Soros has previously invested in Buffett’s company.

Berkshire Hathaway didn’t respond to a request for comment.

At first, Acme Brick didn't respond to the rumors. Stokes was worried they would be drowned out online. Finally, as attention on the protests quieted, the company posted a message on Facebook and its website debunking the claims. “To those who still have suspicions about us, we simply say: Look at our record. And not just the internet kind,” it read. “Acme Brick Company is in the business of building, not destroying.”