Prices starts to drift lower in the housing market

Builders are bringing some relief to Canada’s tight housing market, with year-end data showing the strongest run of new construction since the 1970s.

The numbers show developers are seeking to take advantage of a real estate market that’s seen benchmark home prices rise by nearly 30 per cent over the past year amid dwindling supply, with the fewest existing houses for sale in at least a quarter century. 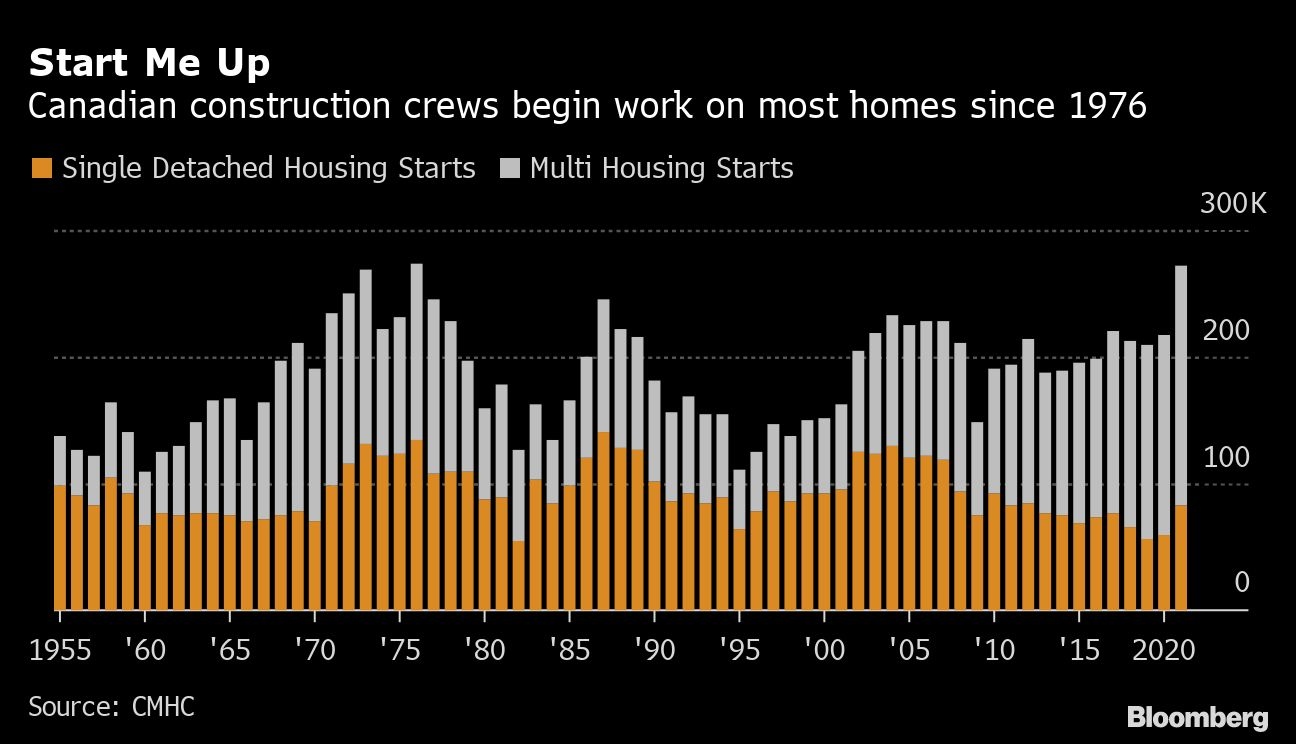 “As these starts are completed in the quarters ahead, that should bring some supply relief to the extremely tight housing market,” Andrew Grantham, an economist at Canadian Imperial Bank of Commerce, said in a report to investors.

The year did end on a slowdown. Builders started work on an annualized 236,106 units last month, which was down 22 per cent from 303,813 units in November.