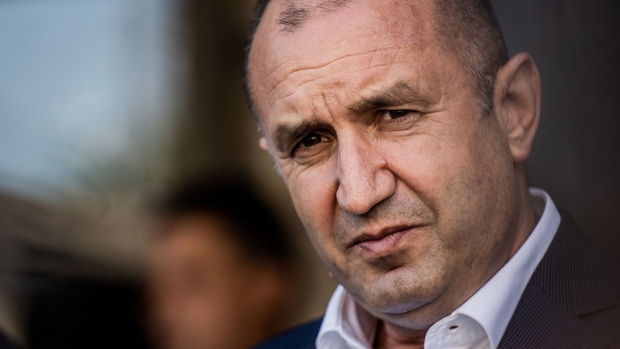 (Bloomberg) -- Bulgarian voters return to the polls for the fourth time in less than two years on Sunday, as the nation struggles to break a cycle of political paralysis and confronts a rupture in longstanding ties with Moscow.

A government promising to battle corruption under former Prime Minister Kiril Petkov lasted only seven months before being toppled in June. His main rival, Boyko Borissov -- a conservative who dominated Bulgarian politics for over a decade -- has an edge in the polls. But both will likely struggle to form a majority.

A power vacuum could hobble Bulgaria’s ability to address record inflation, euro adoption in two years and the fallout from Russia’s war in Ukraine. Almost completely reliant on the Kremlin’s energy imports before the invasion, the cutoff by Russia -- a nation that shares history and tradition with Bulgaria -- has propelled the poorest European Union member state into its gravest crisis in decades.

The void so far has been filled by a government appointed by Bulgarian President Rumen Radev, a retired general who has fended off accusations that he’s pushing back on previous administrations’ efforts to move Bulgaria away from Moscow.

The head of state was critical of EU sanctions imposed after the Kremlin’s 2014 seizure of Crimea, which he at one point signaled belonged to Russia. In an address last week, Radev condemned President Vladimir Putin’s aggression, but warned that the EU should mitigate the risks of its own sanctions against Kremlin.

“It’s becoming harder and harder to form a government,” Radev told reporters in Sofia on Sunday after he cast his vote. “Our country needs strong and legitimate institutions to overcome the crises, to undertake decisive reforms and to take strategic decisions with a long-term horizon,” he said.

In the meantime, his appointees are at the helm, scrambling to secure alternative resources to get the Black Sea nation of 6.5 million through the winter. While Petkov sought to force a hard turn away from Moscow, the caretaker government has moved to revive talks with Russian state-owned Gazprom PJSC to resume supplies.

That decision drew hundreds of protesters to the capital -- and put the interim administration under Prime Minister Galab Donev on the defensive, denying that there would be any cozying with Moscow.

Despite its political isolation, Borissov’s center-right Gerb has a lead in most polls. Petkov’s We Continue the Change trailed, with his coalition allies polling lower -- potentially putting his chances to revive a reformist government out of reach. Polls close at 8pm local time, and early official results are expected overnight.

A number of other pro-Russian parties are running, including Revival, an ultranationalist faction that’s doubled its support with a pledge to reconsider Bulgaria’s membership in the EU and NATO.

Should a series of attempts to form a government fail, a fifth election early next year could be the result.