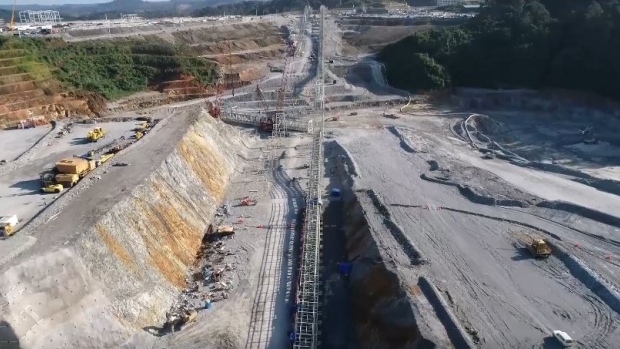 The rally that drove some of the world’s largest miners to multi-year highs will extend into 2021 as the economy recovers from the steepest slump since the Great Depression, according to analysts.

Trillions of dollars in government stimulus, the COVID-19 vaccine rollout and China’s rampant appetite for raw materials have triggered speculation that the surge in mining companies has further to run. With rising commodity prices and a drop in production costs setting the stage for blowout profits, copper producers are poised for their best year in over a decade. The metal topped US$8,000 a ton for the first time since 2013 on Friday.

“We expect another leg to this rally” in commodities and mining shares, with momentum extending into the first half of 2021, RBC Capital Markets analysts led by Sam Crittenden wrote in a note to clients. Governments will “do whatever it takes to ensure the global economy gets back on track.”

Freeport-McMoRan Inc., the world’s largest publicly traded copper producer, has soared more than 350 per cent from the stock-market bottom in March, compared with gains of about 65 per cent for the S&P 500 Index. Chief Executive Officer Richard Adkerson sees profit margins swelling, with the company on track to double earnings before interest, taxes, depreciation and amortization in 2021. Newmont Corp., the biggest gold miner, headed toward its best year since 2016.

Amid the stunning turnaround for raw materials, copper has surged about 80 per cent from the depths of the pandemic, with Goldman Sachs Group Inc. and BlackRock Inc. pointing to the start of a new long-term bull market. Industrial metals are likely to strengthen as prospects for a COVID-19 vaccine drive an economic rebound, according to Bank of America Corp. Morgan Stanley said the commodity rally could have more legs -- though it also sees headwinds building as China’s credit impulse moderates, currencies stabilize and stimulus tapering looms.

The Bloomberg Base Metals Spot Price Commodity Index has jumped almost 55 per cent from its March 2020 lows. It isn’t the first time that a big selloff ends up in a powerful rebound for the industry. Coming out of the global financial crisis, the gauge soared more than 170 per cent from its lowest point in December 2008, before peaking in February 2011.

“Typically, industrial commodity prices do well when global industrial production is accelerating,” wrote BMO Capital Markets analysts led by Colin Hamilton. They expect the positive momentum for industrial metals to continue in the first quarter of the next year, despite the big rally that’s pushed up valuations.

Other analysts including TD Securities Inc.’s Greg Barnes and Berenberg’s Jonathan Guy say investors should tread carefully after the surge in prices. Traders might also consider China’s stance on metals buying, which could wane in the new year, according to BMO.

I’d recommend “a degree of caution” as the sentiment for base and bulk metals looks increasingly detached from fundamentals, noted Berenberg’s Guy. His firm expects the rally to continue into the first quarter, followed by a likely pullback later in 2021.

Jefferies has a positive outlook for base metals, especially copper for the next 12 to 18 months. Its top picks are Freeport-McMoRan and First Quantum Minerals Ltd., with the firm also recommending Anglo American Plc, Glencore Plc, Antofagasta Plc, Vale SA and BHP Group Ltd.

“The bullish narrative is clearly gaining traction with investors, including those who had been skeptical a few months ago,” Jefferies analysts including Christopher LaFemina said in an emailed note.