What to Expect From Alphabet's Fourth-Quarter Results

When Alphabet Inc. (GOOGL.O) reports results after markets close on Monday, the company’s key advertising business is expected to show few signs of wear from privacy concerns that have weighed on Internet companies recently.

The search giant’s fourth-quarter revenue is expected to jump 21 per cent to US$31.3 billion as marketers spent more on Google ads to reach consumers online. Last week, Alphabet shares rose to the highest levels since October after scandal-plagued rival Facebook Inc. (FB.O) beat Wall Street forecasts and soothed investor anxiety about a privacy backlash by consumers and regulators.

"Ad revenue growth deceleration came in better than feared for Facebook, which we view as a positive for Alphabet," Mark Mahaney, an analyst at RBC Capital Markets, wrote in a recent research note.

Google and Facebook ads are still more relevant and effective than most other options because the companies collect so much information on activity across the internet and beyond. New privacy rules in Europe may have limited this data harvesting slightly, but that’s hit smaller competitors more than the two digital giants. 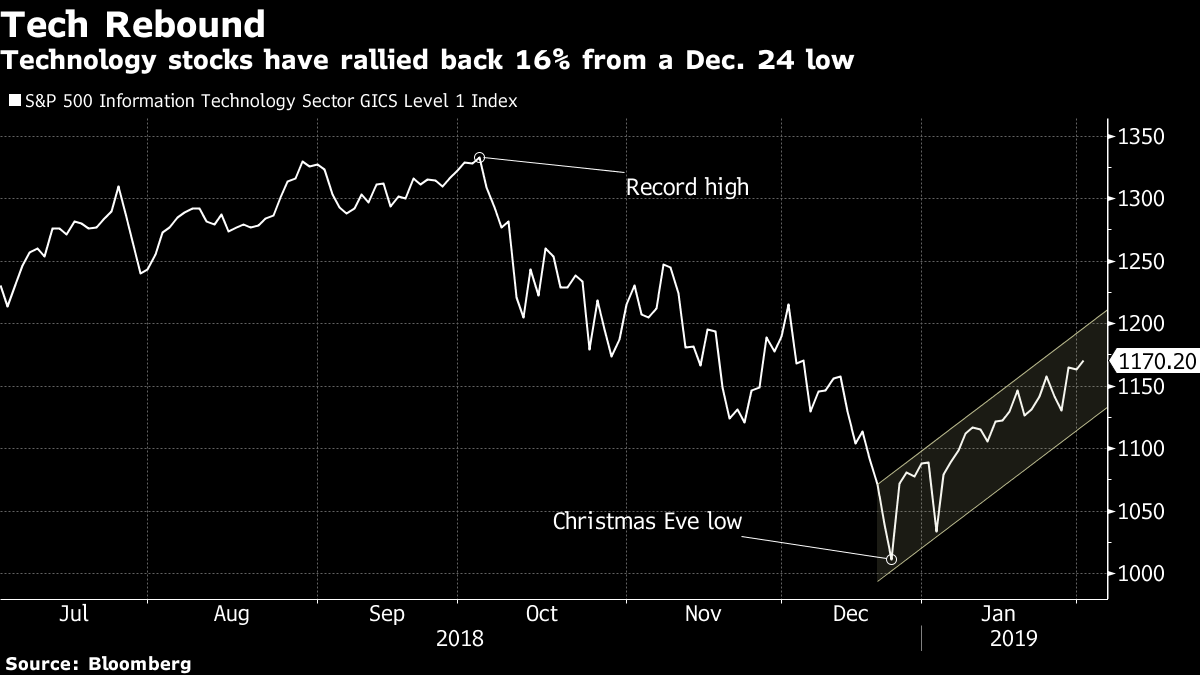 Alphabet’s report follows a big earnings week from industry heavyweights such as Apple Inc. The results have been mostly positive so far, helping extend a winning streak for tech stocks to a sixth week. Despite the gains, the sector has yet to reclaim its market leadership from 2018.

While Alphabet has invested aggressively in new businesses such as cloud services and autonomous vehicles, advertising still generates most of its revenue. Analysts expect sales growth to slow to 19 percent this year from 23 percent in 2018, according to data compiled by Bloomberg. So there’s more focus on profit margins and spending.

Alphabet’s swelling cash and other short term holdings totaled $106 billion at the end of the third quarter. That has Wall Street speculating about how the company might spend the money.