A week into a pandemic that has forced a swath of Canada’s economy to shut down and wiped hundreds of billions of dollars off the nation’s stock market, a Vancouver mansion sold for $150,000 over the asking price.

As the coronavirus upends the real estate business, along with everything else, the country’s indefatigable buyers are taking some pause -- but, so far, not much.

John Pasalis’ firm was getting ready to list a $1.1 million home in Toronto’s trendy Leslieville district next week but was preempted by two “bully” offers -- those made ahead of the official selling date. A deal was struck before the property ever hit the market.

“Some of those buyers are seeing the slowdown as a way to compete without too many people,” said Pasalis, president of Realosophy Realty.

Before the virus landed in Canada, its three biggest markets -- Toronto, Montreal and Vancouver -- were gearing up for a sizzling house-hunting season this spring. That outlook has now dimmed.

Home resales are expected to fall in the coming weeks as the economy contracts. Agencies are canceling open houses, and a traditionally face-to-face industry is using virtual tours to get some deals done. 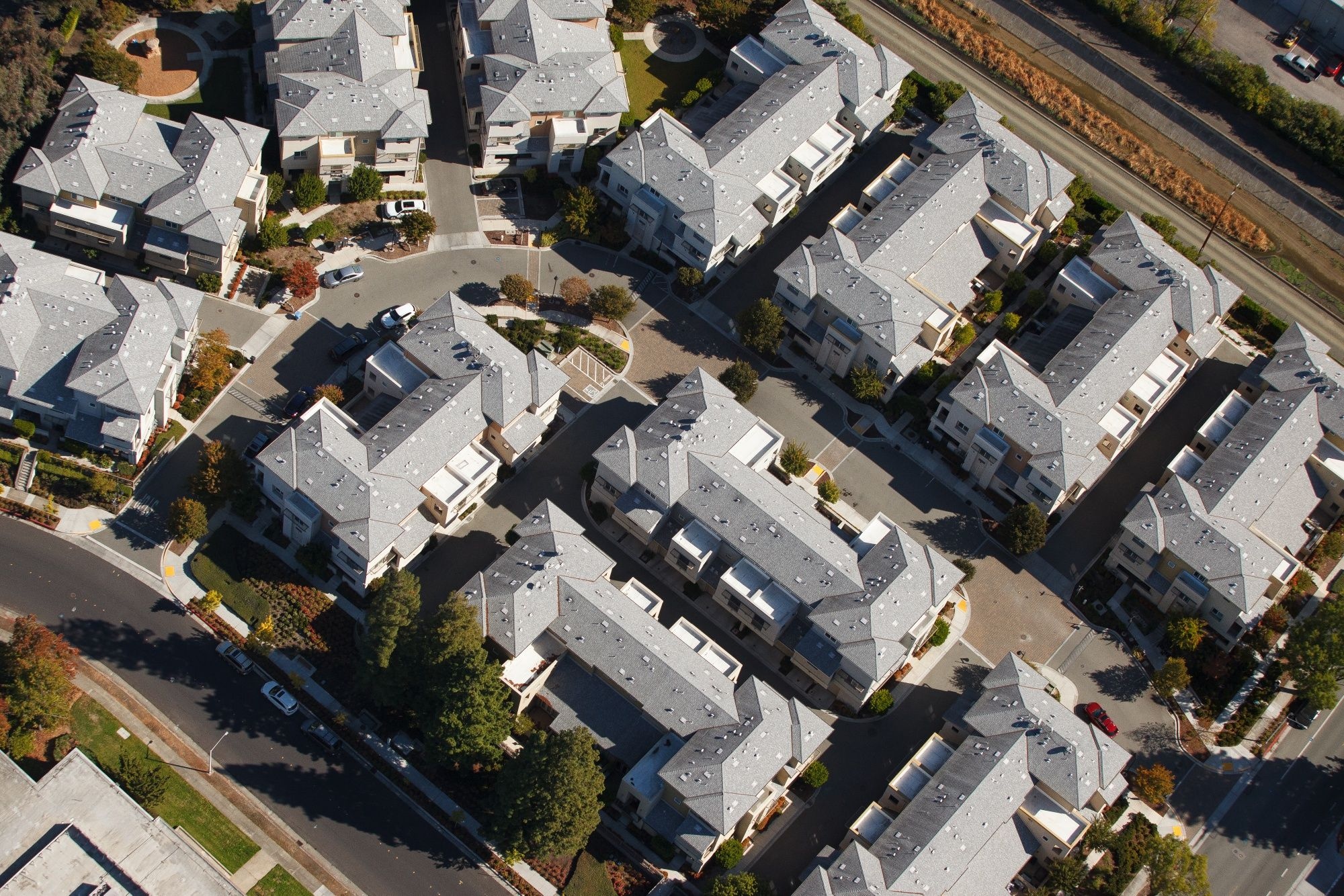 Do you think now is a good time to get into the housing market?

An extended drop in Canada’s housing market would be a major blow to an economy already reeling from the meltdown in oil prices. Prime Minister Justin Trudeau, the Bank of Canada and the country’s biggest commercial banks are pulling out all the stops to try and head off a serious recession.

The central bank has now cut interest rates a full percentage point to 0.75% in the past two weeks, spurring mortgage rates lower, and it may cut again. The banking regulator is loosening bank capital requirements to free up C$300 billion of lending capacity.

Meanwhile, Canada’s six biggest lenders, including Royal Bank of Canada, Bank of Montreal and Toronto-Dominion Bank, said they would consider six-month mortgage-payment deferrals for small businesses and individual borrowers impacted by the pandemic.

In the longer run, relentless demand means any pullback will likely be short-lived and prices should hold up, said Robert Hogue, senior economist at RBC.

“In all likelihood, this will be a temporary hit with a rebound taking place later this year once the COVID-19 situation settles down -- though the timing and magnitude of the rebound are highly uncertain at this point,” Hogue said in a research note this week. 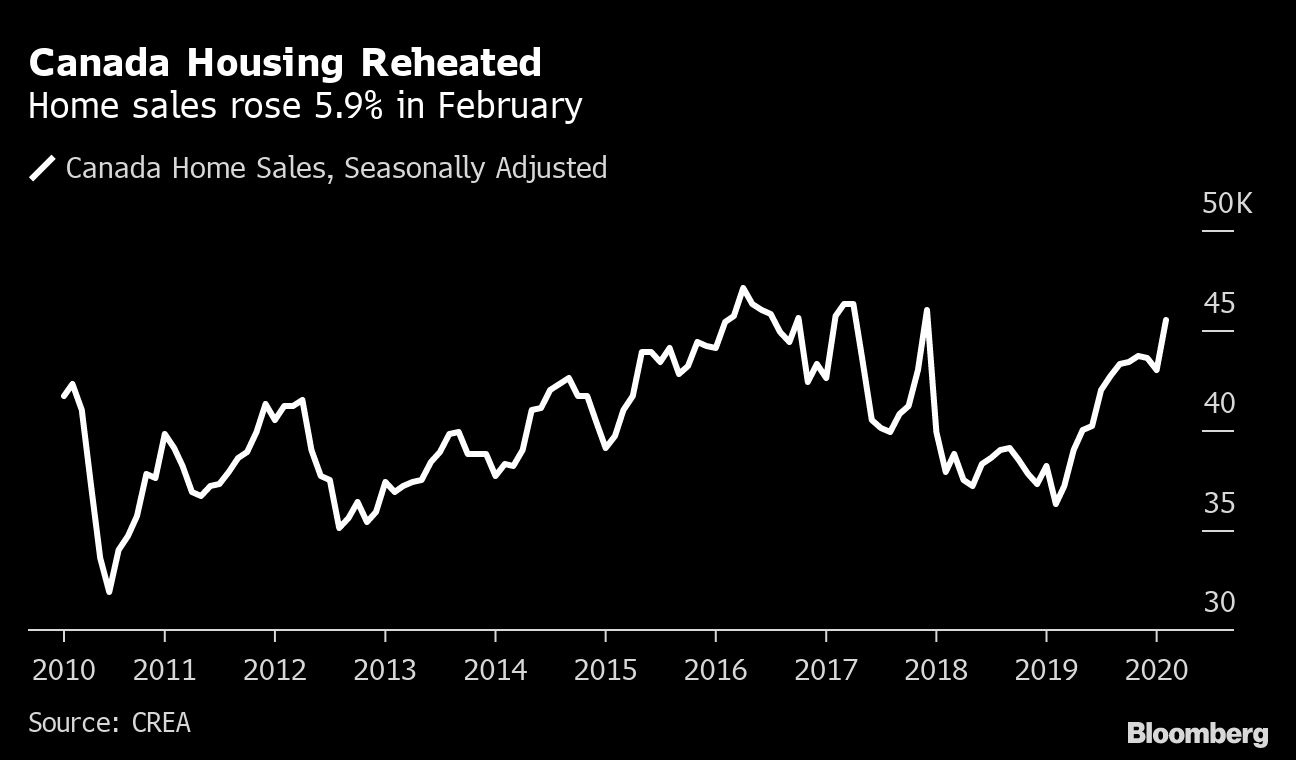 Re/Max, one of the nation’s biggest brokerages, on Tuesday urged its 18,000 brokers across the country to cancel all open houses. In Vancouver, developers are closing sales centers and construction sites will be impacted as building activity is interrupted, according to Anne McMullin, president of the Urban Development Institute, an industry group.

But underpinning the market is the fastest pace population growth in 30 years, driven in large part by immigration, and the appeal of Canadian real estate to those with cash to deploy at uncertain times, including foreign buyers.

In Montreal, a New-York based buyer just made an offer on a property listed at more than C$2 million after a virtual visit, said Debby Doktorczyk, owner of Engel & Volkers Montreal, which counts 175 brokers.

Momentum helps. The housing market entered the spring selling season on a high, with sales across the country up 25 per cent from February 2019. Toronto and Vancouver home resales surged about 44 per cent from the same month a year ago, while Montreal’s were up about 23 per cent.

The market was extremely strong -- if not a bit “crazy” -- before the pandemic, says Doktorczyck. Now, “instead of getting 15 offers for a property, we’re getting five,” she said, adding virtual visits are likely to become more common.

Even in Vancouver, which was only just emerging from its worst year in decades before the coronavirus, Royal LePage broker Adil Dinani says his shop is still doing 90 per cent of the deals expected.

Dinani was up past midnight negotiating the sale of a $2.3 million, six-bedroom home in an affluent suburb just outside Vancouver. The open house on Sunday had drawn 40 groups -- some 85 eager buyers undeterred by the virus -- who waited to enter one group at a time. The property drew seven offers, including the winner -- an all-cash bid, almost $150,000 above asking.

While open houses may be suspended, home buyers can still see homes by appointment, say agents. Meanwhile falling mortgage rates will act as a spur. Borrowers can now get a five-year variable mortgage at 2.1 per cent and a three-year fixed at 1.99 per cent, according to RateSpy.com.

“You know the saying -- oxygen for any real estate market is low interest rates,” said Dinani at Royal LePage in Vancouver. “Well interest rates just got lower. There’s a lot more room to move in Canada. That prime rate can come down more, unlike the U.S. and other nations that are pretty much operating near zero.