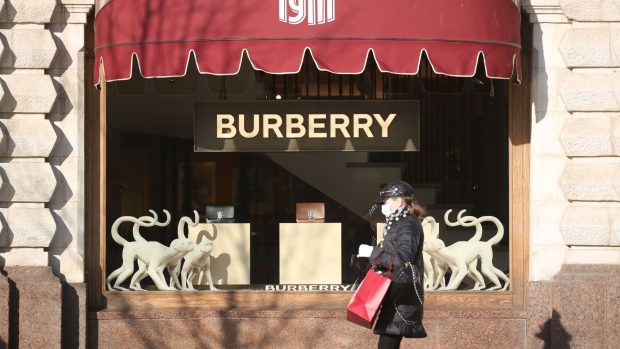 (Bloomberg) -- Burberry Group Plc warned of a severe downturn this fiscal quarter, saying that store closures due to the Covid-19 pandemic will probably reach their peak.