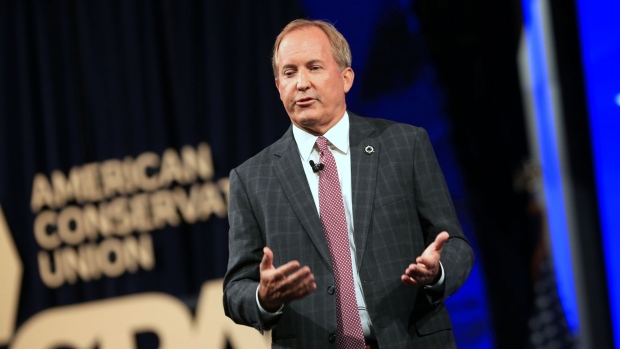 (Bloomberg) -- The Bush name helped his uncle get elected governor in Texas twice, but for George P. Bush what once was a storied legacy has become a handicap -- a sign of how much the Republican party has changed in the Lone Star State.

Polls show Bush trailing incumbent Ken Paxton as they vie for the GOP attorney general nomination in a May 24 primary runoff. Among the biggest issues driving support for Paxton is that he’s “not a Bush,” according to a survey released this week by the Dallas Morning News and University of Texas at Tyler.

Paxton has questioned whether his opponent is a true Texas conservative, especially given his ties to a political family that won Republican votes for decades but is now seen by some as too moderate for today’s GOP. The family baggage has undercut Bush’s attempt to paint Paxton as ethically challenged amid an indictment on securities fraud, accusations from aides that he intervened to help wealthy donors and plans by the state bar to sue him over his attempt to overturn the 2020 presidential election. Paxton denies any wrongdoing.

“Help me end the Bush Dynasty,” Paxton wrote in a tweet this week. It has been a frequent refrain in his campaign.

Bush, who is serving his second term as Texas land commissioner, has worked to highlight his conservative bona fides, embracing harsh crackdowns on immigration, severe limits on abortion and restrictions on medical care for transgender children. It’s a departure from the “compassionate conservatism” his family is known for.

The challenger says he’ll be just as focused on the issues as Paxton, but without the baggage that Bush says would make the incumbent vulnerable in a general election.

“I’m a man with my own ideas, wear my own boots and bring my own experience,” Bush, the son of former Florida Governor Jeb Bush, nephew of George W. Bush and grandson of George H.W. Bush, said in an interview. “My family is known for following the law, for respecting the Constitution, for putting our country first. And regretfully our current attorney general is anything but.”

Paxton didn’t respond to requests for comment left with his campaign and at his office.

When it comes to campaign finance, Bush raised $2.3 million in the latest filing period from Feb. 20 to May 14, about $300,000 more than Paxton. But the incumbent has a much bigger war chest, with $4.4 million cash on hand versus $731,000 for Bush, according to the latest filings with the Texas Ethics Commission.

Paxton’s biggest donation ahead of the runoff was $200,000 from THRC Holdings, a limited partnership set up by Dan Wilks, who with his brother Farris made billions in the Texas fracking business. Energy executive Kelcy Warren was Bush’s largest donor, with a $200,000 contribution.

The incumbent had 41% support, compared with 35% for Bush, in the poll by the Dallas Morning News and University of Texas at Tyler. The survey of 1,232 registered voters was conducted May 2 to 10 and had a margin of error of plus or minus 2.8 percentage points.

Staking out socially conservative positions is a prerequisite for winning Republican primaries in today’s Texas, according to Cal Jillson, a political science professor at Southern Methodist University in Dallas. The Bush family is associated with a bygone era, he said.

“Bush just isn’t a very convincing social conservative -- he reminds people of his grandfather and uncle,” Jillson said in an interview. “And though many Texas voters liked them back in the day, they’re not sure that Bush attitude is sufficiently confrontational for modern Republican politics.”