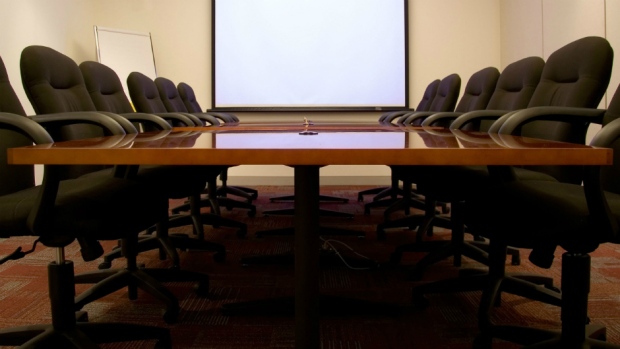 Insolvencies among Canadian corporations climbed 4.6 per cent in the third quarter, the sharpest increase in at least six years, a sign higher borrowing costs may be taking a toll on businesses.

Some 826 companies filed for insolvency in the three months through September, compared with 790 in the same period a year earlier, the Office of the Superintendent of Bankruptcies reported Friday. Quebec, Alberta and Manitoba saw the biggest increases. By sector, retail trade, transportation, construction and manufacturing were among the hardest hit. Insolvencies jumped 17.5 per cent in September, the last month of the quarter.

Interest rates have been on the rise since mid-2017, increasing costs for businesses that may also be suffering from a decrease in consumer spending as households divert more disposable income toward servicing debt. The latest figures mark a shift from a long-standing decline. Apart from a 0.1 per cent increase earlier this year, insolvency filings have fallen every quarter since 2015 on a year-earlier basis. 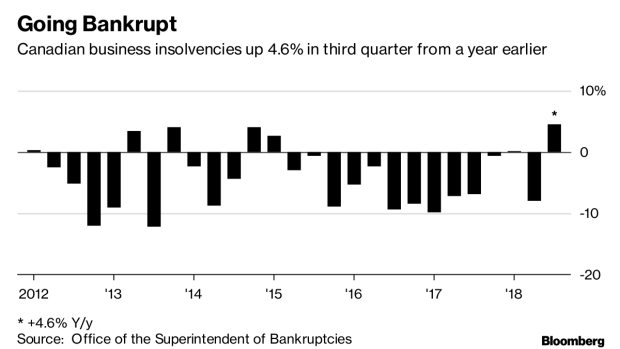 “It is a concerning number,” said Chantal Gingras, head of the Canadian Association of Insolvency and Restructuring Professionals, which represents about 1100 trustees. If the trend continues, “then it’s likely to accelerate the trend in consumer filings,” she said, adding she couldn’t say for sure why the third-quarter numbers moved higher.

The OSB breaks down insolvencies into bankruptcies, which increased 4.1 per cent in the third quarter, and proposals, where a debtor arranges with a creditor to repay a portion of what’s owed. Those climbed 5.9 per cent to 217.

It was only the sixth increase in quarterly business insolvencies since 2012. The average rate over that period is a decline of 4 per cent.