Canadian business sentiment rose to record levels in the third quarter, though inflation expectations are elevated and labor shortages are getting worse, according to a Bank of Canada survey.

An easing of COVID-19 restrictions has driven a sharp improvement in business confidence, with executives in the quarterly survey citing a strong outlook for domestic and foreign sales. A broad gauge of business sentiment reached its highest level in records going back to 2003.

Still, businesses say a lack of available workers and supply-chain bottlenecks are hurting their ability to meet demand. That’s driving inflation expectations higher: 45 per cent of firms anticipate inflation will be above 3 per cent over the next two years. 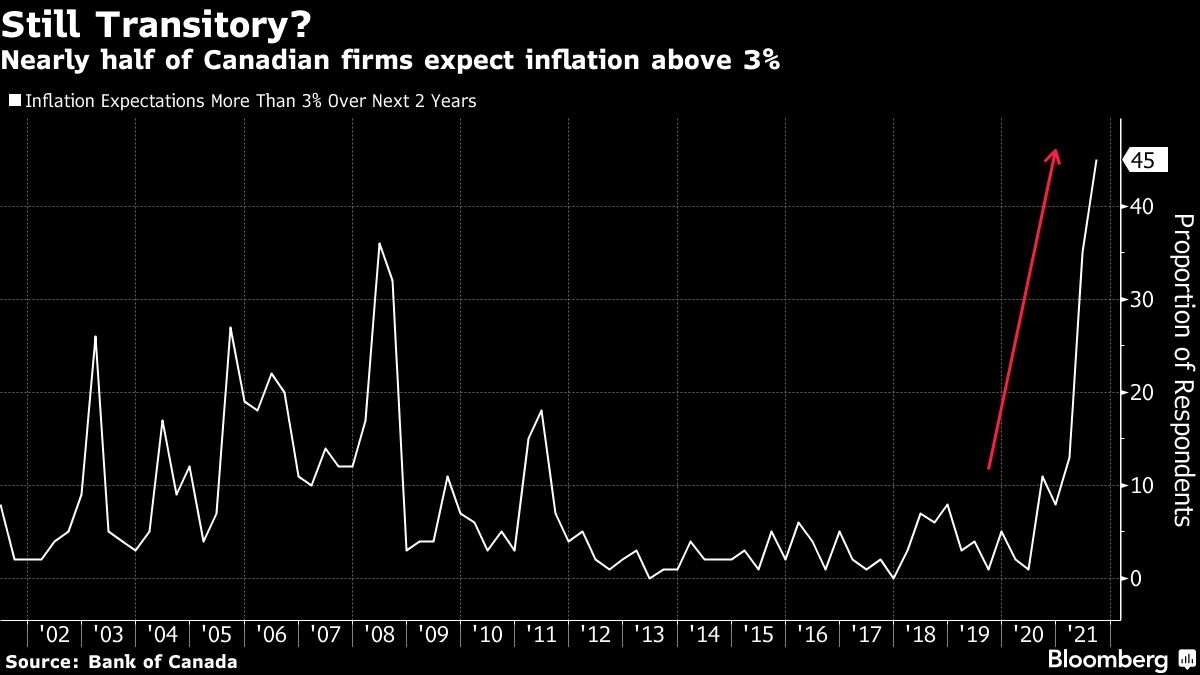 “Most firms continue to anticipate healthy growth in both domestic and foreign demand, although for those offering hard-to-distance services this means recovering from low levels,” the bank said in the summary of its findings.

The report adds to evidence that firms are facing challenges meeting robust demand in the aftermath of pandemic lockdowns. More than half of firms said capital expenditures over the next two to three years will be higher than before COVID-19 hit.

David Doyle, head of North America strategy at Macquarie Group, expressed some caution about that data point, given the private sector’s subdued investment in machinery and other productivity drivers over the past decade. “It’s encouraging to see those intentions,” Doyle said on BNN Bloomberg Television. “I’ll be even more encouraged once we see that in the data.”

Bonds initially rose on the report, then dropped. The 10-year benchmark was trading at 1.609 per cent as of 11:28 a.m. In Ottawa, about 2 basis points higher than Friday’s close. 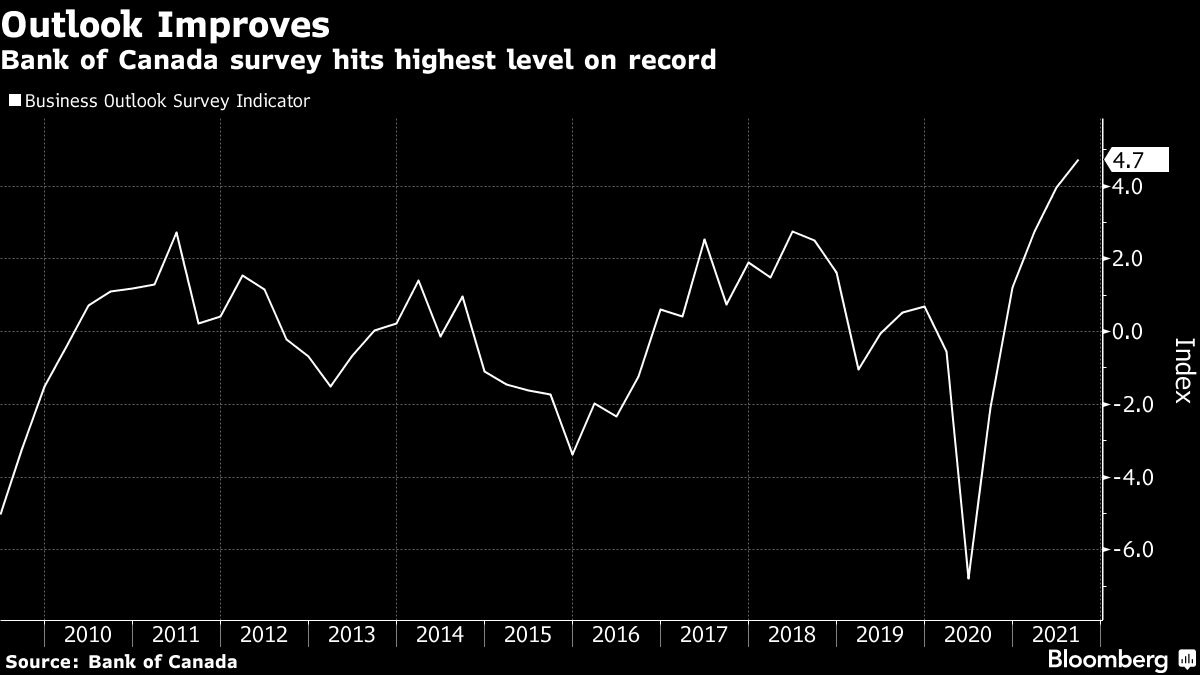 A separate survey of consumer expectations also showed Canadians also expect inflation above 3 per cent over the next couple of years. Both firms and consumers largely expect the high inflation levels to be transitory, as shortages ease.

Other highlights in the reports include:

The surveys, along with September inflation figures due Wednesday, are the last major data points before policy makers led by Governor Tiff Macklem release the Bank of Canada’s next decision on Oct. 27.

The benchmark overnight interest rate has been on hold at 0.25 per cent since March 2020. No move is expected next week, though Macklem will likely reduce the bank’s weekly purchases of Canadian government bonds to $1 billion (US$809 million) from the current pace of $2 billion. Overnight swaps trading now suggests markets are pricing in at least three rate hikes over the next 12 months.

Despite the soaring inflation expectations, the bank asked a special question on what’s driving the price gains. The majority of firms said they will be temporary.

“This report suggests that the Bank of Canada can comfortably continue pushing back against the hawkish pricing for rate hike by markets,” Royce Mendes, an economist at Canadian Imperial Bank of Commerce, said in a report to investors.