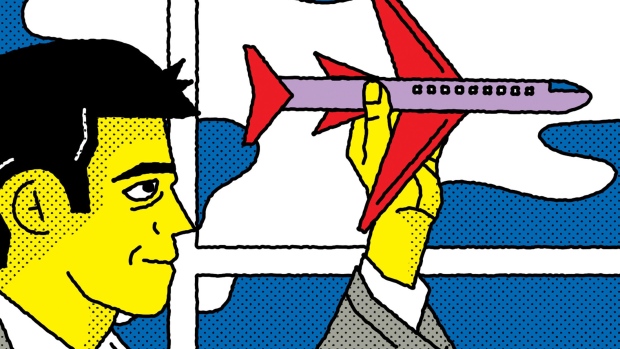 Stuck in an apartment with a toddler and a newborn wasn’t Australian Nikki Martin’s dream of the exotic expat life. Like many in Singapore in late January, she was watching anxiously as daily coronavirus case numbers climbed. After seven years working in the city-state, and in the United Arab Emirates before that, there was a small window to leave, and she took it. “I packed a few suitcases, and that was it,” says the 37-year-old marketing executive. “Within 36 hours we were on a plane.”

Martin is one of a growing number of expats across Asia and beyond pulling up stakes and returning home. All too quickly, the coronavirus has taken the sheen off many elements of expat life. Gone are the weekend trips to Bali and carefree getaways to Phuket. Grandparents and parents suddenly seem very far away, and the fear of being confined in a country where the local language may be foreign and governments more prepared to help their own citizens than globe-hopping contract workers is real.

While figures are hard to come by, signs of an expat shift are starting to emerge. Of the 42,800 New Zealand citizens who returned from living abroad in the year ended on March 31, almost half arrived in the previous three months, according to the country’s statistics agency.

Ella Sherman, an executive sales director at Knight Frank in Singapore who specializes in expat housing searches, says she’s hearing of “two to three people a day” leaving. “A lot want to be closer to home, to parents and family, but also some are being retrenched,” Sherman says, referring to the process of employers terminating staffers as they trim their operations in anticipation of a weakened business climate. “And if you’re used to travelling every other weekend and now you can’t, well, there are many who aren’t handling this very well.”

The pandemic, which has sickened more than 6.4 million people worldwide and brought global travel to a near-standstill, is adding to existing pressures that had already been chipping away at the expat lifestyle. There’s been a shift in Gulf nations such as Oman and Saudi Arabia, as well as in some other Asian countries, toward hiring local personnel, which advances policies to provide more employment opportunities for nationals, who are often paid less. Working and living abroad is becoming less lucrative for citizens of nations such as Australia and the U.K., where some taxation policies aren’t as favourable for those who live overseas.

Meanwhile, the optics of all-white-male leadership teams — a common sight for decades at the offices of some Western companies in Asia — have become less desirable, especially for businesses that have to deal with local governments or agencies. And headhunters say contracts that include hefty allowances for housing, cars, and international schools for an employee’s children — once de rigueur for many international postings — are rarer than ever. With health fears now heightened, even countries where many companies offer extra hardship pay, such as India or China, aren’t appealing.

“You’ll see an increased reluctance for people to go to locations where the medical infrastructure is inadequate,” says Lee Quane, regional director for Asia at consulting firm ECA International. “So that’s probably the more developing locations such as the Philippines, India, where the issue isn’t just the risk of catching COVID‑19, but also whether you’ll have access to the same sort of quality treatment as back home.”

Safety is coming through in a lot of conversations that Peter O’Brien, Asia-Pacific managing director at Russell Reynolds Associates, is having. The Sydney-based headhunter says inquiries have been rising over the past month from Australians considering returning from Hong Kong, the U.K., and the U.S. “There’s more anxiousness and more nervousness in the voices of those reaching out to us than I’ve experienced before,” he says. “The whole issue is around safety. Where people see stability is where they want to be based.”

That’s true now more than ever for Hong Kong. Even before the novel coronavirus hit, the Asian financial center had been rocked for months by often violent street clashes. Now fresh protests have erupted following China’s move to crack down on dissent in the city.

When the pro-democracy protests first started last year, Karen Tang, who works in communications, began to worry about the economy and her job security. COVID‑19 tipped the scales, and she’s decided it’s time to move back to London, where she was born. “When a global crisis happens, it makes you think more about family,” the 33-year-old says. “It makes you reevaluate your priorities in life and what you really want out of it.”

For international corporations, moving talent around the globe to transfer knowledge and experience will always exist to some degree. “Companies will continue to send what we refer to as critical senior-level staff, essentially people in leadership positions,” Quane says. “Sometimes companies need somebody they can trust in the host country who has a level of communication with senior management and senior leaders back in HQ.”

Even so, the steady trickle of expats leaving as COVID‑19 grinds on is noticeable to real estate agents in countries to which employees are interested in returning. Knight Frank’s head of residential property in Australia, Shayne Harris, says that even if expats don’t want to come back right away, they’re showing more interest in acquiring a future residence back home. For one A$9 million (US$6.2 million) home on his books in Lindfield, a leafy upper-class suburb in Sydney, about 25 per cent of the buyers expressing interest were expats based in Singapore or Hong Kong, he says.

For Martin, home with her parents in sunny Brisbane while she awaits the container carrying the contents of her apartment from Singapore, life is sweet. “We’re still in a state of flux, because we’ll eventually move down to Melbourne. But we’re not stuck in an apartment, we have a garden, Mum is helping,” she says. “Being an expat for a long time, you forget about the little day-to-day things: having a chat at the local coffee shop, the amount of space, the fresh air. I feel very lucky.”

—With Shawna Kwan and Rachel Chang