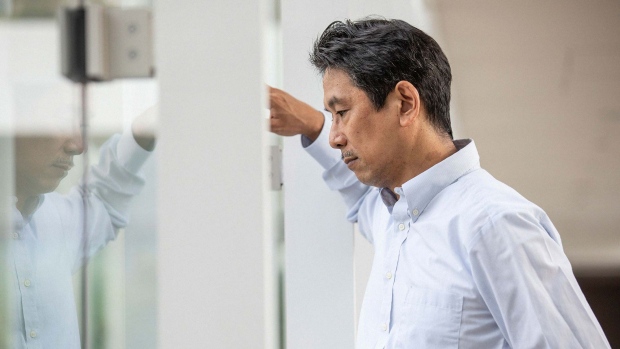 Hiroyuki Suzuki couldn’t be happier that his company is charging him and all other employees about US$100 an hour to use meeting rooms. “People really cut back on useless meetings,” says Suzuki, 37, who works at chip-equipment maker Disco Corp. and is one of the company’s 5,000 employees taking part in a radical experiment in business management.

At Disco, everything has a price, from office desks and PCs to a spot for your wet umbrella. Teams bill each other for their work, while individuals operate as one-person startups, with daily auctions of work assignments and battles for the best ideas in the aptly named “Colosseum.” Payments are settled in a virtual currency called “Will,” with balances paid in yen at the end of each quarter. “We’ve created a free economic zone, just like what exists outside the company,” says Toshio Naito, who designed the program and has continued to work on it since its implementation in 2011. “Work should be about freedom, not orders.”

The approach has so far paid off. Disco’s operating margin has risen to 26 per cent from 16 per cent since the experiment was implemented eight years ago, and its profitability is the envy of the industry. Its share price has almost quadrupled in that period, to roughly 16,000 yen (US$148), giving the company a US$5 billion market value. Thanks to bonuses, worker pay is more than double the national average of 4.7 million yen, and in 2017, Disco was the first to win a new government award for creating an ideal workplace.

Yet despite its proven success and dozens of inquiries and training sessions with other companies, none have adopted the idea so far. Engineers have quit, complaining the approach detracts from their ability to focus purely on research. Others have been driven away by the never-ending pressure to perform to get a bonus. And big payouts aren’t guaranteed, which means enduring a high-pressure work environment without much of a benefit. The relentless focus on quarterly profits can encourage short-term thinking, says Takashi Shimizu, a professor at Waseda University in Tokyo who studies accounting and management systems. “Senior management must not get trapped in a short-term loop,” he says. There’s also a cultural challenge. It took about five years for staff in Japan to adjust, and workers in the U.S. and China still haven’t fully embraced the approach, Naito says.

But those who adapt emphasize the freedom to shape their own day and the value placed on their efforts and their own time in particular. They say the ruthlessness of a hardcore free-market approach is diluted in a setting where people work side-by-side. “It’s become like second nature,” says Naoki Sakamoto, a Disco factory worker in Hiroshima. “Being able to measure everything creates more interest and confidence.”

Disco, founded in 1937 as Dai-Ichi Seitosho Co., began by supplying cutting tools to the Japanese military prior to World War II. Its saws and diamond blades have since been used to cut everything, even moon rocks brought back from the Apollo 11 mission. Today, it’s the world’s largest maker of equipment that slices and dices silicon ingots and wafers before they’re converted into electronic chips. Like many manufacturers, Disco spent decades looking for ways to boost efficiency, settling on an approach based on Kyocera Corp.’s Amoeba Management, which operates its thousands of internal teams as individual companies (amoebas). Disco, under Naito’s guidance, extended that autonomy to individual employees and called it “Personal Will” (from which the virtual currency’s name is derived).

At the heart of the program is a compensation system that meticulously tracks how much every person and team contributes to earnings. Workers receive a base salary, which they augment by earning Will for completing tasks. Quarterly bonuses can rival a year’s pay for top performers, says Naito. “It’s enough to buy a foreign-brand car every year,” he says. “We call it the ‘Will Dream.’ ”

Earning virtual currency begins at the team level, where bosses allocate a portion of the group’s Will budget to each task they must complete. Team members then use an app to bid in an auction for those jobs. Assignments that don’t attract any bids often turn out to be unnecessary, Naito says. And managers who’ve misused or abused the system have been abandoned by their workers, who are free to move to other teams.

Groups pay each other to complete tasks. Sales teams pay factory workers to produce goods, who in turn pay engineers to design products. Once a sale is made, it generates a certain amount of Will that trickles through to everyone in the supply chain, including human resources and IT support staff. “For example, today I paid Will for this meeting room and also for Naito to come in and spend his time to talk to you,” Sumio Masuchi, head of Disco’s press team, tells Bloomberg reporters. “But once your article is published, I’ll get Will for generating publicity.”

There’s a penalty system for inefficient behaviour, which includes piling up unnecessary inventory or even working late. Overtime hours have fallen nine per cent since penalties were implemented in 2015, aligning with the Japanese government’s goal to improve work-life balance. “Economic forces are doing all the things managers used to spend time on,” says Naito. Employees can earn extra Will by helping each other: A parent who wants to see a kid’s baseball game can pay a colleague in the currency to finish a report. A software engineer can earn extra by offering coding skills to another team. Creating Excel macros or translation work are typical requests.

Then there are the daily competitions in the Colosseum, a 200-seat auditorium at headquarters where employees and executives make bets on ideas that have been implemented by the teams to increase profits. Any employee can make a presentation, and the 1,400 proposals last year included everything from faster manufacturing techniques to better ways to organize trash bins. Presenters face off, with each side making a one-minute speech. Employees use an app to bet Will on the idea they back, with an upside limit of 200,000 Will (about US$1,800) for each battle. The side attracting the most support wins, with victors receiving the wagers made by losers. The beaten team might revise its idea and return to the fray, using feedback from Chief Executive Officer Kazuma Sekiya, who watches the battles and comments on all the ideas. About a dozen battles are held daily, and the most popular ones can attract wagers in the hundreds of thousands of dollars. If that sounds over the top, at least one winner in the past was probably worth it: an internal policing system to catch intellectual property violations.

Naito, who studied law, trained as an accountant in his first job at a large milk producer, where he became interested in organizational management. At Disco, he worked on ways to improve productivity until Sekiya told him to take inspiration from video games: “He wanted a system like in Final Fantasy or Dragon Quest that would make work fun but also strengthen the company.” The most important element Naito borrowed from the gamer world was the idea of scoring everything in the same way games reward high scores, to re-create the spirit of fun and competition.

The company’s latest experiment is an internal crowdfunding platform where anyone can pitch business ideas. Colleagues who back a project with Will may, if it works out, earn a return one day. It’s a fast way to test concepts, as initiatives that attract funding are a good indicator of promising ideas, Naito says. Or sometimes it’s just about pride: One project that attracted funding was to buy ad space at a professional baseball stadium in Hiroshima, home to Disco’s main factory, for marketing purposes. About 400 workers pooled US$140,000 of their own bonus money — or about US$350 each — for the privilege to see their company’s logo after work, even though the impact on the company’s bottom line seems doubtful at best.