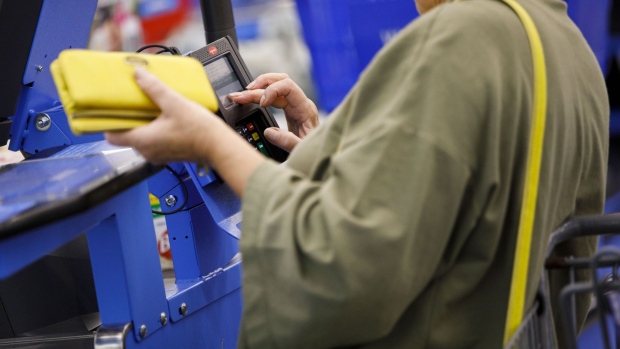 “If you listened to the conferences over the last week, you heard a lot of fireworks when the conversations turned to BNPL,” analysts Betsy L. Graseck, Manan Gosalia, Jeffrey Adelson and Ryan Kenny said in the report. “The calm webcasts belied the fighting words of the incumbents.”

Executives said they’re studying the issue -- and in some cases developing their own programs. Capital One, for example. will begin testing a buy-now, pay-later product with existing customers later this year. Chief Executive Officer Richard Fairbank argued that credit-card issuers and lenders may be able to offer better deals to merchants than existing services.

Buy-now, pay-later programs have become especially popular among Gen Z and millennial shoppers who may be skeptical of credit cards, and prefer fast, cheap payments with no interest fees and minimal credit checks. Retailers pay providers a fee for each transaction.

Some 75% of the transactions are funded out of debit accounts, Synchrony Chief Financial Officer Brian Wenzel said during his presentation, according to the Morgan Stanley report. Most growth in programs with purchases made in four payments comes among customers with marginal credit quality, said Doug Buckminster, AmEx’s group president for global consumer services.

The craze -- which includes programs offered by Klarna Inc., Afterpay Ltd. and Affirm Holdings Inc. -- has prompted a push into buy-now, pay-later services by giants including PayPal Holdings Inc. and Apple Inc. which is working on a new service backed by Goldman Sachs Group Inc. Global sales using buy-now, pay-later totaled $93 billion last year with the potential to top by $181 billion next year, with such programs estimated to account for 3% of e-commerce in the U.S., according to Bloomberg Intelligence.