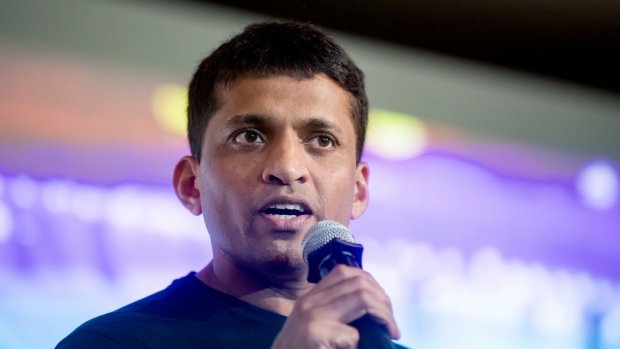 (Bloomberg) -- Online education giant Byju’s is paying about $200 million to acquire the coding platform Tynker, people familiar with the matter said, as India’s most valuable startup accelerates its expansion ahead of an initial public offering expected next year.

Byju’s is paying for the purchase in cash and stock, the people said, asking not to be named because the details are private. The companies didn’t disclose the value in their statement announcing the deal on Thursday. Byju’s has made nine acquisitions this year as it seeks to expand the education options it can offer online.

Tynker’s service, launched in 2013, offers classes and camps on coding, with some curriculum offered for free and premium content sold to schools for an average of $5,000 a year. Co-founders Krishna Vedati, Srinivas Mandyam and Kelvin Chong will remain in their roles after the acquisition.

Byju’s, led by former teacher Byju Raveendran, pioneered online education and has seen the sector surge during the Covid-19 pandemic, when many schools closed and parents rushed to find high-quality options. The startup was valued at $16.5 billion with a fundraising this year, making it the most valuable startup in the country, according to market research firm CB Insights.

In an interview, Raveendran pointed out that computer science and programming are increasingly viewed as essential skills for kids coming out of school. Silicon Valley-based Tynker will complement Whitehat Jr., a Mumbai-based coding startup that Byju’s acquired last year.

“Coding is a very important future skill and we expect to accelerate very very fast in the online coding class segment,” Raveendran said in a video interview. “We’ll spend $1 billion in the U.S. edtech market in the next three years on acquisitions and organic growth.”

Vedati said one in three U.S. schools subscribe to Tynker’s services and the startup has been profitable for five years.

“The Silicon Valley dream motivates parents to enroll their kids in the hope that they’ll build the next Facebook or Google,” he said. “We have subscribers from every small town in America including from states like South Dakota.”

Byju’s is at the head of a booming class of startups in India, which have benefited from a surge in venture capital funding and started to go public. The food-delivery startup Zomato Ltd. went public in July to strong investor demand, helping to set the stage for what could be a record year for IPOs.

The second-most valuable startup in the country, digital payments provider Paytm, recently filed its initial documents for what could be the country’s largest IPO to date at $2.2 billion. Byju’s is accelerating plans to go public and aiming to file initial IPO documents as early as the second quarter of next year, Bloomberg News has reported. The startup and its bankers are discussing a valuation of $40 billion to $50 billion, although the final determination will depend on financial results and investor demand, the people said.

The company added 45 million students to its platform last year as the pandemic raged in India and said in July it has more than 100 million users on the app.

Among the company’s other acquisitions are Osmo, a learning system aimed at healthy screen time experiences, and Epic, a digital reading platform.