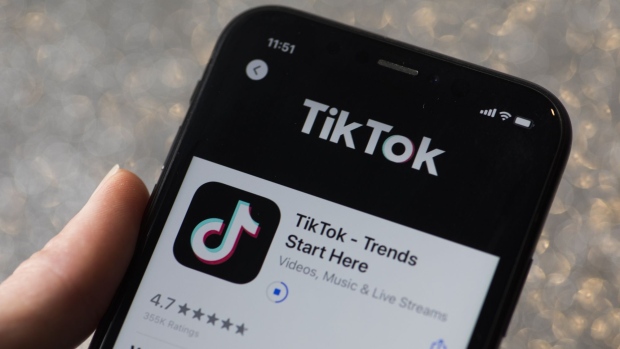 The download page for ByteDance Ltd.'s TikTok app is arranged for a photograph on a smartphone in Sydney, New South Wales, Australia, on Monday, Sept. 14, 2020. , Bloomberg

The new U.S. company that TikTok’s owner Bytedance Ltd. plans to form with Oracle Corp. intends to hold an initial public offering in about a year, according to people familiar with the matter.

The new company, called TikTok Global by Treasury Secretary Steven Mnuchin, will be the result of a transaction forced by President Donald Trump last month due to national security concerns about TikTok’s Chinese ownership. Bloomberg News reported earlier that the Treasury Department, Bytedance and Oracle agreed to terms for the deal late Wednesday.

Treasury spokespeople didn’t immediately respond to a request for comment on the IPO plans.