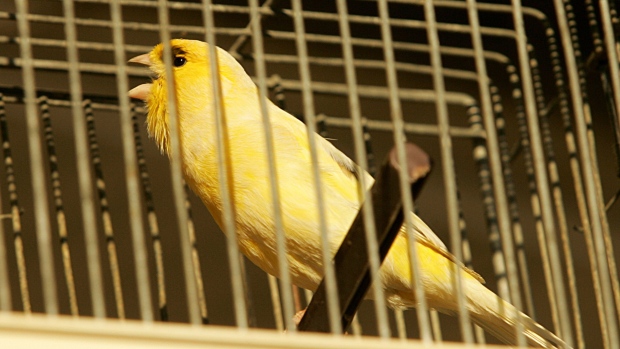 (Bloomberg) -- Another day, another record low in yields on the junkiest of junk debt.Yields on CCC-rated corporate bonds dropped to 5.66% on Wednesday, while spreads fell to 479 basis points — the lowest since 2007, according to Bloomberg data. This kind of compression in risk premiums is often thought to presage the end of the credit cycle — after all it’s people accepting less and less reward in exchange for more and more risk, which is behavior that typically tends to happen after years of reaching for yield.

So how worried should investors be? Credit strategists at UBS AG led by Matthew Mish have crunched the numbers to find that abnormally low spreads on CCC-rated debt are typically followed by a period of wider risk premiums. For instance, when spreads dip below their 10th percentile, they’ll typically blow out by 38bps within three months, 128bps within six months, and 244bps within a year. As the strategists put it:

“Most of the marginal widening on average occurs between three and nine months after CCCs trade below 550bps; in this cycle, February would be the starting point implying pressure on CCCs in the June-October timeframe. This work suggests that, post-massive monetary and fiscal stimulus, the side-effects from rising inflation and monetary policy uncertainty will pressure spreads in Q3 or early Q4 of 2021.”

Mark your calendars, the spreads have spoken.