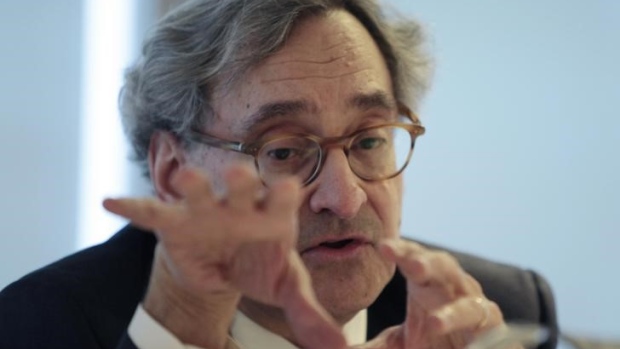 Canada's second largest pension fund is putting up 90 per cent of the equity, along with the debt for the entity, which will be operated by the commercial aircraft financing and leasing business of General Electric Co (GE.N).

"This platform, at [US]$2 billion today, has the potential over time to be meaningfully larger than [US]$2 billion," Caisse Chief Executive Michael Sabia said in a phone interview.

The new entity will focus on the market for high-tech, fuel-efficient narrow-body aircraft, he said. GE Capital Aviation Services (GECAS), which is putting up the remaining 10 per cent in equity, is one of the world largest aircraft-leasing companies.

"One of the reasons that this transaction has come together is that GE is looking for capital-efficient ways for them to grow their business," Sabia said. "We're providing capital to help them grow and they're providing operating capability to make sure these assets are well-managed."

Sabia said the entity, to be called Einn Volant Aircraft Leasing (EVAL), was looking at fuel-efficient, narrow-body or single-aisle planes, because those planes "move most quickly and most easily among the airlines of the world."

He added that the Caisse's 30-per-cent stake in Bombardier's rail division was "completely separate" from the pension fund's US$2 billion investment over four years with GE.

One aviation financing industry watcher said it is unlikely that GE Capital Aviation would be interested in the 110- to 130-seat CSeries, since it uses the engine of GE rival Pratt & Whitney, a unit of United Technologies.

Sabia, however, said any decision about the financing of a specific aircraft would be a function of airline demand.

"The focus of this platform is working with airlines," Sabia said. "Our openness to financing specific aircraft has everything to do with what the airlines buy."

A Bombardier spokesman could not be reached for comment.

Shares of Bombardier closed up nearly five per cent on Monday in Toronto trading. Qatar Airways CEO Akbar Al Baker earlier in the day said he was considering the CSeries for a possible new carrier in India.

The CSeries has not secured a new firm order in about a year.