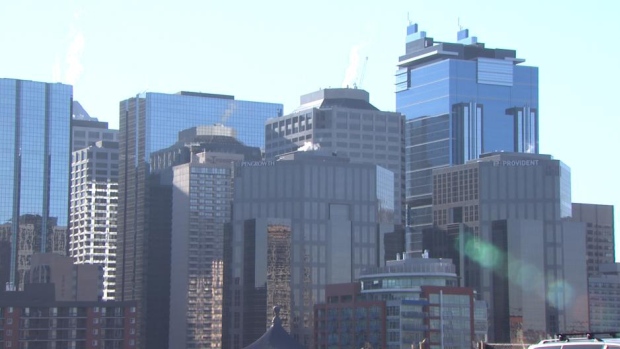 CALGARY -- The divide between detached houses and other segments of Calgary's depressed real-estate market continued to widen last month.

August numbers released Thursday by the Calgary Real Estate Board shows the estimated price for a typical condo in the city was down 0.76 per cent from July to $274,900, with prices now down 7.1 per cent from a year ago.

The price of the typical detached house, as represented by the real estate board's benchmark price, was up in August by 0.18 per cent from a month earlier to $503,200, for a 3.3-per-cent fall from a year ago.

Inventories for condos have also climbed to near record highs for August, at close to six months of supply. Meanwhile, detached homes, which make up close to two-thirds of all sales, have under three months of supply.

A drop in condo and attached house sales helped drag down total sales from a year ago by 4.57 per cent, while detached houses saw only a 1.41-per-cent decline.

Condo prices are now at levels similar to the end of 2013, while sales in the segment are at their weakest level since 2003.

There has been some speculation that the foreign buyer tax imposed in Vancouver and sky-high prices both there and in Toronto might lead to more interest in Calgary's real-estate market, but realtor Jim Sparrow says that he and the five realtors he works with have seen no sign of an increase.

He said many prospective buyers are waiting until they have more confidence that the price of oil and the economy are recovering.

"They're like most other buyers right now. They're very hesitant to jump in the market when they don't have more confidence," said Sparrow.