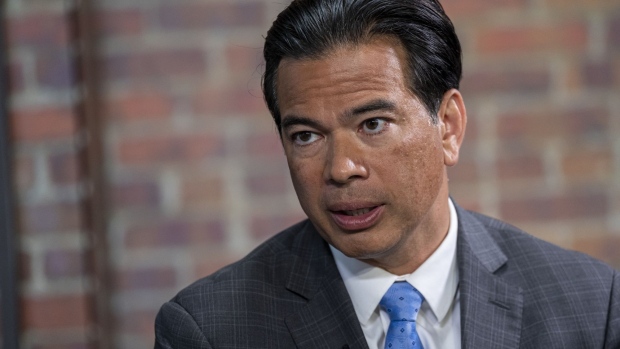 Rob Bonta, California's attorney general, speaks during a Bloomberg Technology television interview in San Francisco, California, U.S., on Wednesday, June 23, 2021. California faces a pivotal test in its defense of gun-control laws that were struck down by a judge in San Diego, as the state squares off in court against firearms advocates. , Bloomberg

“We have multiple cases with Facebook, Google,” Bonta said in an interview on Bloomberg Television. “This is an area of broad bipartisan support. You will see action legislatively, ongoing court cases as well.”