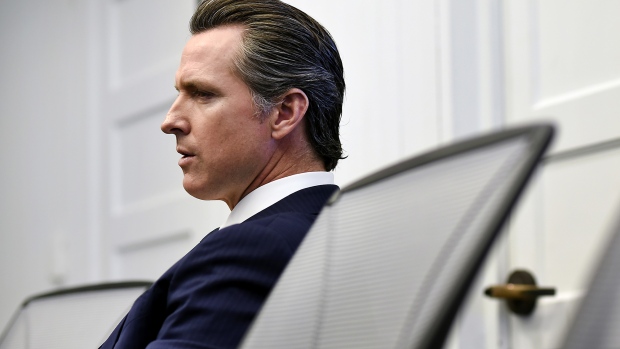 The hotly contested legislation, Assembly Bill 5, dictates that workers can generally only be considered contractors if they are doing work that is outside the usual course of a company’s business. The law codifies a 2018 state supreme court ruling, and applies it to a wide range of state laws. It could upend the business models of companies that depend on armies of so-called independent contractors, who aren’t guaranteed employment protections like minimum wage and overtime.

The bill is slated to go into effect on Jan. 1. While the legislature has adjourned until next year, fierce lobbying and deal-making efforts are expected to continue in the meantime.

Tech companies including the ride-hail giants have tried unsuccessfully over the past year to secure concessions that would shield them from having to reclassify their workers, including holding talks with union leaders about potential compromises that would extend new perks to workers while preventing them from becoming employees. Newsom, a Democrat seen as friendly to both tech and labor, has publicly and privately urged a deal, but so far hasn’t been able to get one. In a Labor Day op-ed in a California paper, Newsom said he was pursuing ways to help ride-share drivers “increase their wages and benefits, maintain the flexibility many enjoy and form a union to improve their economic security.”

Private sector unionization is generally governed by federal law rather than the states. Some labor advocates are hopeful that the California law, by forcing changes to companies’ business models, could make it easier for workers to qualify as employees under federal labor law as well. Others believe that the exclusion of some gig workers from federal protections creates an opportunity for states like California to establish their own unionization system.

If no compromise is reached, Uber, Lyft and DoorDash Inc. have each committed $30 million to put a referendum on the 2020 ballot. In the meantime, Uber has signaled it will keep aggressively defending its position that its drivers are not employees, even under the new law. “Just because the test is hard does not mean we will not be able to pass it,” Uber Chief Legal Officer Tony West told reporters last week.

To contact the author of this story: Josh Eidelson in Palo Alto at jeidelson@bloomberg.net

To contact the editor responsible for this story: Anne VanderMey at avandermey@bloomberg.net, Mark Milian