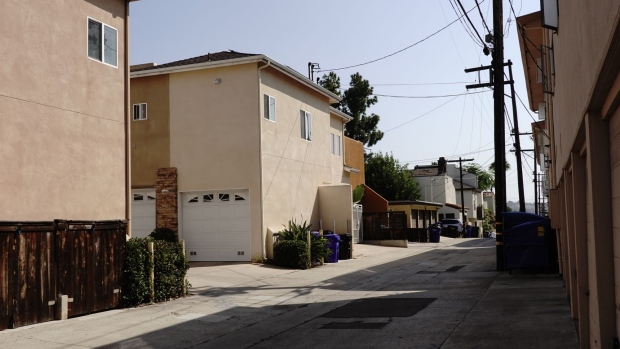 Homes and apartments in the Pacific Beach neighborhood of San Diego, California, U.S., on Wednesday, Sept. 2, 2020. U.S. sales of previously owned homes surged by the most on record in July as lower mortgage rates continued to power a residential real estate market that's proving a key source of strength for the economic recovery. Photographer: Bing Guan/Bloomberg , Bloomberg

(Bloomberg) -- A California landlords group said the economy has recovered enough that most of the state’s renters should be able to pay for their housing.

The California Apartment Association on Tuesday pointed to a report prepared by independent research firm Beacon Economics. Renters’ finances have held up over the past year, employment is improving, and late payments and debt are declining, the group said.

Federal and state governments enacted laws last year to protect renters from eviction as Covid-19 lockdowns put millions of people out of work. California’s measure is set to expire at the end of the month -- potentially ending a lifeline for Americans still under financial stress -- unless it’s extended.

Governor Gavin Newsom, benefiting from an unprecedented budget surplus, has proposed spending $5.2 billion to help low-income residents who are behind in rent, along with another $2 billion to cover overdue utility bills.

Tom Bannon, chief executive officer of the landlords’ group, said in a statement that those who truly can’t afford housing should receive government assistance. But the moratorium has meant that “too many tenants with the means to to pay have withheld their rent simply because they could do so without consequences,” he said.

Any extension of the moratorium should be for a short term, Bannon said.

A founding partner of Beacon Economics, one of the authors of the report, said the economic recovery has been uneven.

“There’s no doubt that some rental households, particularly in California, are still suffering,” Christopher Thornberg said in a webinar Tuesday. But in general, “things look remarkably strong for the nature of the economy. This suggests that worries about evictions in the state are largely overblown.”